Dine Alone is excited to announce that Toronto’s Sam Coffey & The Iron Lungs have joined the roster for the release of their forthcoming self-titled LP with the album’s first single, “Talk 2 Her.” Premiering on the AV Club, who called the track “a bouncy song that speaks to Coffey’s classic rock heart…riffing in a way that’s not all that far off from Diarrhea Planet”, “Talk 2 Her” is a fitting introduction to the band’s unbridled power pop, bringing considerable bombast and a mountain of hooks with a song that Coffey describes as being about the importance of communication and emotional honesty. As he tells the AV Club:

“A mean song to walk fast to, ‘Talk 2 Her’ is about keeping the line of communication open and staying true. To me it’s a song about honesty. No matter what the issue or how much it might influence other aspects of your life, you need to stay true to yourself and those you love. The song does NOT endorse walking up to women you don’t know and talking to them. Leave them alone!”

Sam Coffey & The Iron Lungs have been working on this LP for almost two years. Their previous album, Gates of Hell, released on Oakland punk/garage label Southpaw Records (Ty Segall, Young Guv), received praise from outlets like Pitchfork, Spin and Noisey, and saw the band tour extensively, playing with Red Kross, Black Lips and Screaming Females, and becoming regulars in DIY scenes up and down the East Coast, but for their follow up the band sought to build upon the lo-fi aesthetic of their earlier releases and push themselves beyond their garage roots. They began working with producer Alex Bonenfant (METZ, Crystal Castles), who brought them into a proper studio for the first time, and they embraced their abiding love for, and near encyclopedic knowledge of 70’s power pop, in the process honing a potent brand of guitar music that draws influence from a broad swath of the genre’s history.

It’s a sound that at once revels in a rough and anarchic feel, best exemplified by Coffey’s untamed wail of a singing voice, while displaying a deft approach to songwriting and arrangement, collecting and repurposing ideas gathered from bands like Cheap Trick, Dwight Twilley, Teenage Fanclub, The Cars, Thin Lizzy, The Undertones, and The Exploding Hearts, in the service of songs about teenage isolation, petty criminality and escape, rooted in an unshakeable faith in honesty, love and the transformative powers of pop music. It’s an ambitious record, and one where obvious care has been taken to refine every element of the finished product, but it’s an ambition that even on the 9+ minute epic medley that makes up much of the record’s second side, never edges into pretension or obscures the band’s irrepressible enthusiasm. Despite their maturation this is still, as Pitchfork’s Evan Minsker said of their previous release, “the sound of dirtbags having fun and falling in love.”

Sam Coffey & The Iron Lungs comes out on July 28, 2017 and the band will be touring to SXSW this week. Full details can be found below.

Sam Coffey & The Iron Lungs will be released on Burger Records and Dine Alone on July 14th. 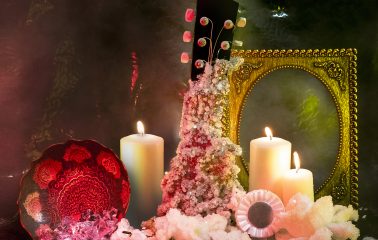