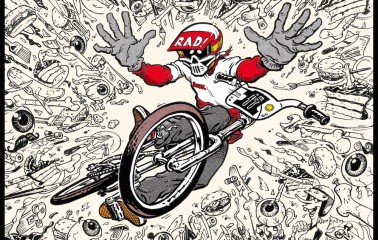 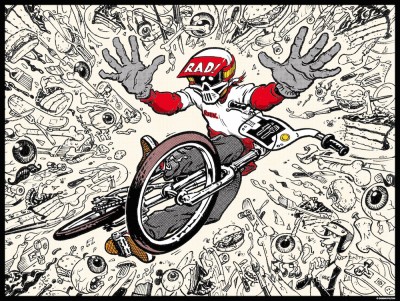 The fourth poster in our monthly series was designed by Damian Fulton – the genius behind the Radical Rick comic strip. The original action sports comic strip was created 35 years ago, and ran in BMX Plus! Magazine for 13 years. Radical Rick was known and adored as a BMX kid who was constantly drawn into ‘rad’ situations. Dine Alone president Joel Carriere discusses his love for the famous comic strip:

“I grew up BMX racing in North America from the age of 5 to about 12. I remember being exposed to so many different cultures and music in my travels. The one thing all of us kids had in common was BMX racing, purchasing BMX Plus!, and loving the Radical Rick strip.

As other kids my age were buying comics and drawing Batman and Superman logos, I was buying Transworld and BMX Plus! magazines and learning to draw Ollie and Radical Rick.

That experience in my life really shaped me and brought on this amazing adventure. This adventure has me celebrating 10 years of being a record label that I started in my bedroom and now has grown to 20+people with offices in Toronto, L.A. and Nashville.

To this day at 38 years old I still cruise out on my bike. Forever on two wheels.“

The Radical Rick DA10year poster is limited to 100 screen-printed copies, hand-numbered and signed by Damian Fulton.  Get it here via the DA10 webstore. 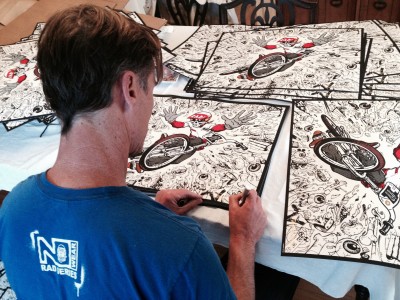 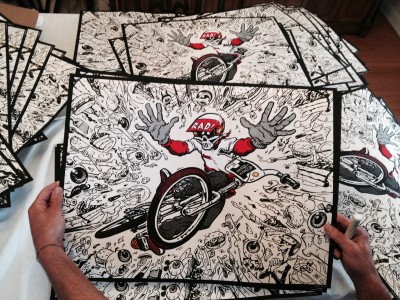 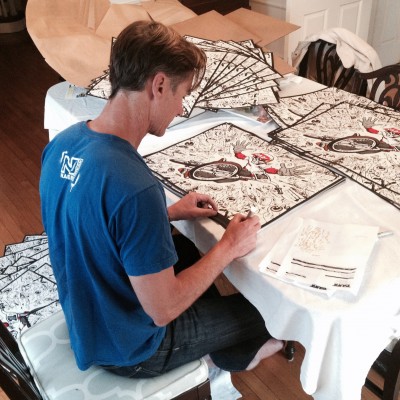