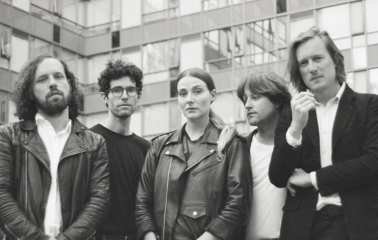 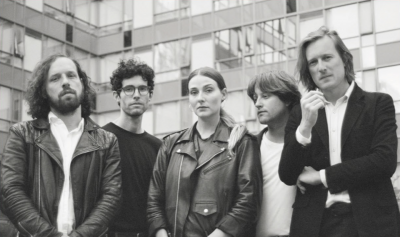 “Yukon Blonde certainly sound like they know how to turn life’s lemons into a dance masterpiece.” – Culture Collide
“The cool kids’ commentary on the Tinder era.” – Bands In Town
“Future house party rocker status.” – PASTE
“Erratic and lovesick.” – Noisey
“If Wayne Coyne teamed up with Phoenix.” – Clash
“Would feel at home on a 1980s John Hughes soundtrack.” – SPIN
“An inherently sunny quality, drawing heavily from 1970s American radio rock.” – NPR
“Forget the folk, what we have here is harmonized rock with considerable punch.” – Consequence of Sound

Vancouver psych-rock outfit Yukon Blonde’s new music video for “Feeling Digital” is an exercise in anachronisms. Filmed at midnight on the coast of Triangle Beach in Richmond, British Columbia, the clip features cavemen, a hairy lizard man on a hoverboard, a clown, and a bodybuilder. Directed by Justin Gradin, who has created music videos for Jagjaguwar rockers Black Mountain and punk underground outfit White Lung, the video utilized multiple helicopters and lights to make it appear as if it was shot during the daytime.

With three full length LPs to their name, including 2010’s self-titled debut, 2012’s Tiger Talk, and 2015’s On Blonde, Vancouver psych rock outfit Yukon Blonde have cemented their status as a Canadian powerhouse, earning comparisons to The Flaming Lips and Phoenix, delivering a welcomed throwback to the 1970’s glory days of rock’n’roll. After linking up with producer Tony Hoffer (The Kooks, Beck, Air), Yukon Blonde took a deep dive into deconstructing relationships in the Internet age in their new record Critical Hit, released this summer viaDine Alone Records. To capture the broad spectrum of emotions experienced in today’s dating world, Yukon Blonde steps out from their rock’n’roll roots, incorporating elements of electronica and erratic pop with the garage rock sound that first gained them recognition. It’s sometimes tenuous, sometimes depressing, and sometimes jubilant. “It’s hard to do a song by song breakdown, because as much sarcasm and wit as there is on this record, there is some intensely private shit in the lyrics too, and sometimes the vibe is just more our obsession with synthesizers and drum machines, aesthetics over lyrics,” vocalist Jeff Innes says.

Yukon Blonde embark on their North American tour this weekend and includes dates with The Zolas. 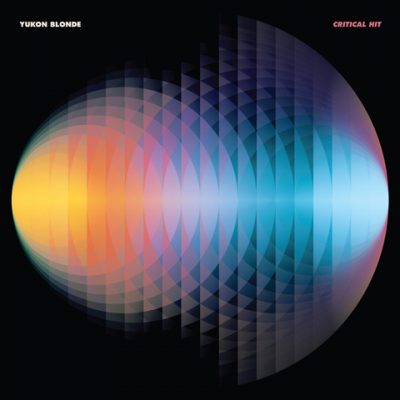