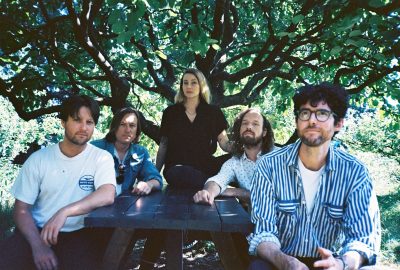 Recently, Yukon Blonde have shared their first music of 2020 with the new single “Get Precious” which has already climbed to #2 on the CBC Music Top 20 and is rapidly climbing up the Top 20 at the National Alternative Radio Chart in Canada. Today, the Vancouver band shares another new track, “In Love Again” , which sees keyboardist / vocalist Rebecca Gray take over on lead vocals for the first time.

“This track began as a fun experiment when we were jamming,” says Jeff Innes . “We were trying to have three or four separate melodies that when played together sounded nice, but didn’t make much sense when apart. I came up with the melody and lyrics, pacing the parking lot of our space and as usual hummed it into a voice memo on my iPhone. I had the idea knocking around my head to write a love song that detailed the simple day to day aspects of a newish relationship, normal things you value once you’ve been through the ringer.” 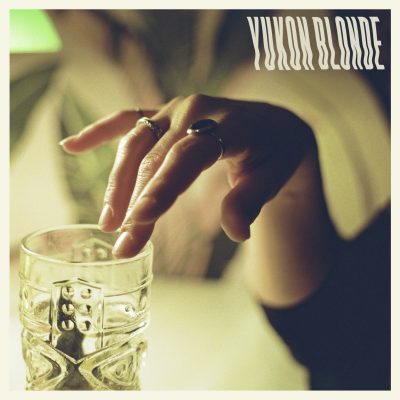 “The moment I had the melody in my mind, it reminded me of classic French pop and Rebecca instantly came to mind to sing it; then I thought about all of those wonderful 60’s and 70’s duets from that time, (and recently too – Cate Le Bon and Broadcast come to mind) and the song began to take shape.

We ALL love this song. It’s a really sweet ode to honest love without irony, which is typically not in our nature. Not to mention, we have our very talented Rebecca making her debut lead, which just makes this extra special to us.”

With four LPs to their name, including 2010’s self-titled debut, 2012’s Tiger Talk , 2015’s On Blonde , and 2018’s Critical Hit, Vancouver indie alternative outfit Yukon Blonde, rounded out by Graham Jones, Brandon Wolfe-Scott and James Younger , have cemented their status as a Canadian powerhouse, earning comparisons to The Flaming Lips and Phoenix , delivering a welcomed throwback to the 1970’s glory days of rock’n’roll.

“If Wayne Coyne teamed up with Phoenix.” – Clash

“Forget the folk, what we have here is harmonized rock with considerable punch.” – Consequence of Sound