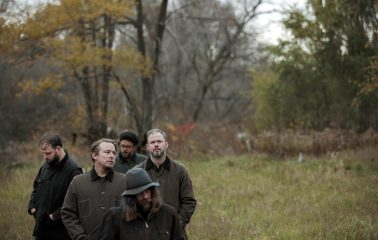 WINTERSLEEP SHARE “SURRENDER”, THE FIRST NEW MUSIC FROM THEIR UPCOMING LP, IN THE LAND OF, OUT MARCH 29, 2019 VIA DINE ALONE RECORDS 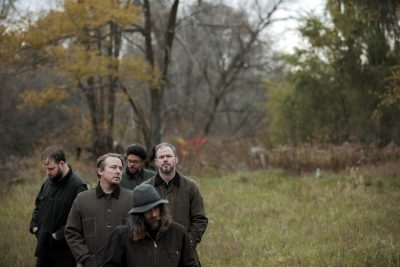 “The average Canadian carries around with them in their head a vision of spaciousness.” So theorized Canadian composer R. Murray Schafer, describing a so-called ‘Canadian sound.’ For Schafer and many others, it was a sound defined by space, by the land and our distance from and proximity to it. For Harry Freedman, it was “gaunt” and “lonely.” Elaine Keillor called it “immense, empty, mysterious, harsh, indifferent, producing a response of awe mingled with terror and an intense sense of spiritual loneliness.”

On Wintersleep’s seventh full-length record, In the Land Of, this geography is both real and imagined. It is understood that our surroundings are not, in fact, essential or concrete elements; they’re constructed in relation to us, the inhabitants. Our identities, too, are constructed in relation to the land. The land, both physical and figurative, changes, and so do we. Familiar land. Foreign land. Inhospitable land. Unceded land. Stolen land. Dead land.

Like all Wintersleep records, In the Land Of encourages thought and introspection. The new record’s title is an incomplete thought, a blank that is filled in across the record with different places, words, and sounds. “A lot of the songs touch on this idea of being a stranger or feeling foreign in all the different landscapes in which the songs took place lyrically,” explains vocalist and guitarist Paul Murphy. “It all relates back to the land,” adds guitarist Tim D’Eon.

Today, the JUNO Award winning group are sharing the opening track from the forthcoming LP, “Surrender”. The somber, misty waltz sees D’Eon’s guitar, pushing through dark, rippling triplets that patiently ascend and descend, heralding a record that is in no rush: it is purposeful and spacious. Murphy’s voice enters the fray: ‘36 years young / Halfway to my tomb,’ he intones. Steadily and surely, Loel Campbell’s drums creep in with gentle snare and kick, along with Chris Bell’s bass, and Jon Samuel’s keys. These elements coalesce, quiet at first before exploding in a magnificent, cinematic crescendo as Murphy howls, ‘I surrender to you!’

Murphy explains that it’s a love song, wrapped up in the relinquishing of control over one’s feelings. It introduces a strain of anti-heroism and fatalism that is present through the record, one that is on some level wrought with existential worry. Campbell frames it as “the struggle that lots of people go through: of meaning, purpose. Are you happy? Are you doing the right things for yourself?”

In the Land Of follows 2016’s The Great Detachment, which saw CanCon Rock Single Of The Year “Amerika” spend 11 consecutive weeks atop Canada’s rock radio charts, remaining in the Top 10 for over 7 months as well as winning an Indie Award for Single Of The Year and a JUNO Award nomination for Adult Alternative Album..

On March 20, 2019, Wintersleep will take to the road with tour dates throughout Canada. Full tour dates can be found below. Tickets will be on sale this Friday, December 14. The JUNO Award winners have previously toured several continents and shared stages with Pearl Jam, Broken Social Scene and the Hold Steady, a performance on Late Night with David Letterman and even an opening slot for Sir Paul McCartney.

Watch for more news about In the Land Of to be announced soon.