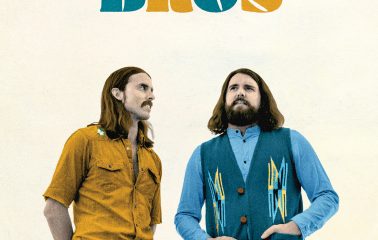 Since the release of their debut, Vol. 1, BROS have developed a reputation for crafting songs that deliciously combine vintage funk and power pop in the spirit of what Sly & The Family Stone once called a whole new thing. The eclectic flavours of Vol. 1 are taken to new heights; the musical scope is wider, and the worldly sonics more exotic. The power pop refrains sink their hooks deeper, the sly musical jokes sell out harder and the hard charging grooves really pack a wallop. In short, BROS makes music that is fun and colourful, the way it’s supposed to be.

BROS even got their father Neil Currie, an accomplished musician in his own right, to play some piano, marking the first time they’d ever recorded together. They found his style perfectly suited to the Henry Mancini-esque instrumental “Clams Casino,” just one of several examples on Vol. 2—along with “King Of Kings,” “Snake Dance” and “Theme From BROS”—of the Curries’ skill at writing music that immediately conjures strong visuals. As Ewan says, “I think if I had a chance early in life to be a filmmaker, I might have followed that path, but I realized pretty quickly how hard that is. So making music that sort of evokes the spirit of our favourite movies is something more in our wheelhouse, and certainly more affordable.”

With Vol. 2, the Curries chose to take their time in order to give each song a unique quality, leading to a host of musicians being called in to put down specific parts. Shamus explains, “Since Ewan and I have lived in Toronto, we’ve met a lot of great musicians who we’ve thought would be great to collaborate with. So we were able to bring in some horn players, a tabla player, and anyone able to do what we couldn’t do ourselves. We also called on [Sheepdogs guitarist] Jimmy Bowskill, but only had him play instruments he wouldn’t normally pick up, like fiddle and sitar. Exploration was really the name of the game.”

Of course, there’s more to Vol. 2 than just stunning instrumentals. Ewan’s voice shines on the horn-driven vintage funk of “Never Gonna Stop,” while “It Won’t Be Long” leans heavily on gospel music influences. But for power pop fans, the album’s best moments are to be found on the sugary anthems “Crazy Schemes” and “You Love This Song,” with the latter not making any attempt to hide its earworm aspirations. “That one actually was inspired by a Simpsons episode,” Shamus reveals, “the one where the Navy was using subliminal messaging to appeal to kids. We thought it would be funny to do the opposite—write a song that was just so over-the-top obvious in trying to be catchy. Once we came up with the title, it all kind of grew from there.”

In 2014, when Ewan and Shamus Currie decided to take some time away from their main gig, The Sheepdogs, and indulge in a little musical experimentation under the banner BROS, drawing from influences ranging from Badfinger to Latin music legends such as Gilberto Gil and Os Mutantes. Little did they know that the ensuing Vol. 1 album would establish an entirely new identity for them. What began as a pure studio creation with Vol. 1, BROS not only displays the Curries’ dynamic creative bond, but also their playful sense of humour and easy-going relationship, something that can’t often be said of fraternal musical partnerships. As Ewan says, “The point of BROS isn’t about anything other than Shamus and I—two guys with very diverse record collections—writing and playing the sort of music we wouldn’t get to do in any other situation.”

The combination of visually evocative instrumentals and finely crafted Pop and Soul nuggets has undeniably become BROS’ trademark sound. The brothers received glowing feedback from fans and critics alike, while gaining further attention through the track “Tell Me,” which was adopted as the theme song for CBC Radio’s daily arts program ‘q’. “Tell Me” also peaked at #17 on the Canadian Alternative Rock chart, and to date has racked up a combined 11 million streams. The track has been synced by ESPN US, SportsNet, Hockey Night in Canada, Toronto Blue Jays, and enjoyed in-arena syncs with the Denver Broncos, Minnesota Timberwolves, New Orleans Pelicans, Minnesota Wild, Colorado Avalanche and Minnesota Twins. 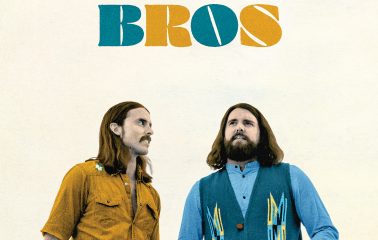 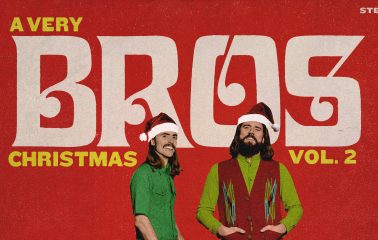