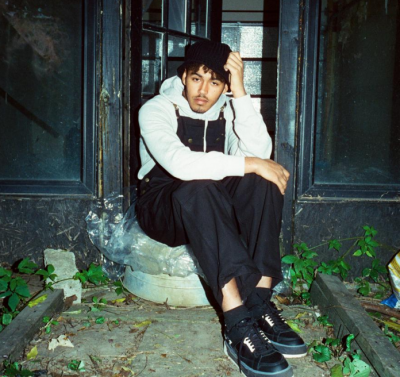 “Cam Kahin is an artist on the brink of something special. The Toronto-based
up-and-comer has a singular sound: part alt-rock, part lo-fi, part experimental sludge.” –

Toronto, Ontario-based musician/producer Cam Kahin has joined the Dine Alone Records roster and
today released his debut single for the label, “compass.” Arriving alongside a Lebni Thodakee Avitia
(Heirmanos)-directed video featuring a mix of studio footage and a recent DIY show, “compass” is as
anthemic as it is cathartic. Cam explains “compass” “is a bright, fast-paced song about trying to get the
people around you to recognize your self-destructive behavior.”
Lebni explains: “I’ve known Cam since he was in 11th grade (thanks to my younger brother), shot one of
his first music videos, and stayed friends ever since. To see his growth, and talent rise the way it has, has
been truly amazing. From the very beginning, Cam had always told me he doesn’t know what else he
would be doing in life if it wasn’t music. I think you get a sense of that hunger, passion, and longing when
you watch this video. You also get a glimpse into the beautiful people that we get to surround ourselves

with, which I think is the real success story. Life can be difficult, but I can truly say that music is what
guides Cam through his tough times, and you can hear that within his lyrics. I basically wanted to share
what I think is the beginning of an amazing journey.”
As a singer-songwriter, multi-instrumentalist, and producer, Cam has been pouring out his experiences
and emotions into his urgent, alt-rock songs since he was 12. Recently named one of the “Top Five
Canadian Acts Shaping Rock” by CBC Music, he’s supported a range of artists, including Cautious Clay,
Inhaler, and The Crawlers, in addition to notable local performances at Mill Street Festival and Hamilton’s
SuperCrawl.
Kahin is next set to play as part of a Dine Alone Records showcase during M For Montreal at Théâtre
Fairmount on November 18th; tickets are on-sale now. Stay tuned for more news on Cam’s first release
for Dine Alone Records in early 2023. 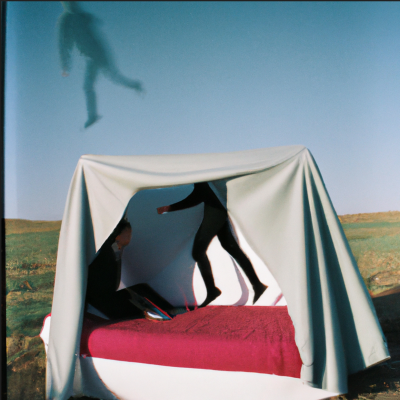