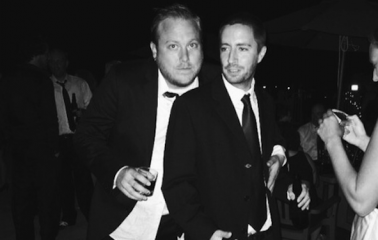 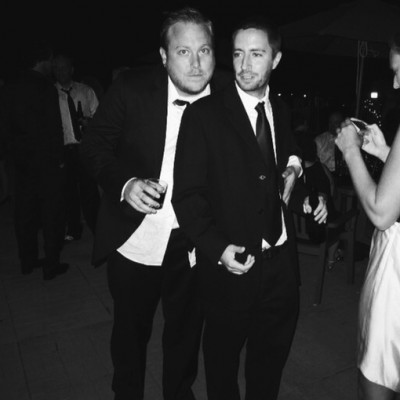 I first met Joel while working at 102.1 the Edge in Toronto. He was managing Alexisonfire at the time and I was a big fan of them.

One of the jobs I had at the station was booking independent bands to play the Yonge Street studios on Friday and Saturday nights. The space had a small stage area and some standing room that spilled onto the sidewalk through the street level doors.

Needless to say the night Alexisonfire played was goddamn nuts. The studio was packed and the songs were loud and amazing. My most vivid memory from the set is George Pettit sprinting into the middle of Yonge street, mid-verse with a life-size cutout of Danko Jones he’d pulled off the wall. There was a traffic but it wasn’t too bad. George made it back to the stage in time for the chorus but unfortunately Danko didn’t. He’d been body slammed to the pavement and was slow to get up.

Anytime you can incorporate cardboard art into a live show, I’m in. It was at that moment, that I knew that band was for real.”