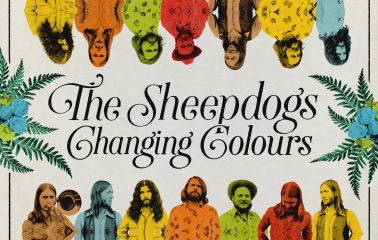 The Sheepdogs Prepare for Release of ‘Changing Colours’

The Sheepdogs are gearing up for the February 2 digital release of Changing Colours, their sixth full-length album. 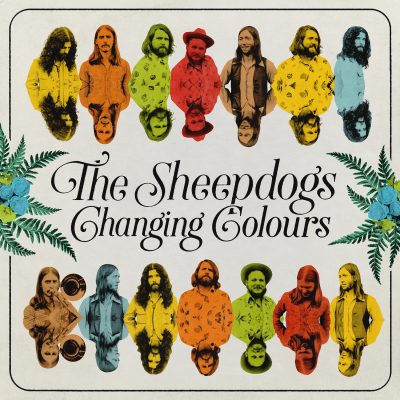 The four-time JUNO Award-winning group, who graced the cover of Rolling Stone in 2011 when they made history as the first unsigned band to appear on the cover of the famed magazine by beating out 15 other artists in the Choose the Cover contest (Issue 1137), have expanded their sound on Changing Colours, encompassing more styles and hues to enhance their trademark beef-and-boogie twin-axe riffs, hooks, shuffles and long-haired aesthetic. deliver passionate music born out of spontaneity on Changing Colours, their follow-up to 2015’s Future Nostalgia.

“We identify strongly with rock ‘n roll, but there’s definitely some branching out,” says Ewan Currie, the band’s singer, guitarist, songwriter. “The sounds we use on this– there’s more keyboards featuring Shamus and more stringed instruments. It’s still rock ‘n roll but there are more colors.”

The Sheepdogs haven’t only stretched their sonic palate on this new album–they’ve also expanded stylistically, tastefully embracing other genres as well. There’s the country-lite feel of “Let It Roll,” the Stax-soul aura of the mid-tempo anthem “I Ain’t Cool” that features trombone, and the resplendent Latin-rock vibe that fuels “The Big Nowhere.”

The Changing Colours sessions also marked the recording debut of the newest Sheepdog: guitar wiz Jimmy Bowskill, who parachuted into the lineup as a live, last-minute replacement. The band honours Bowskill’s addition with an instrumental tribute to his Bailieboro, Ontario hometown in the folk-flavoured “The Bailieboro Turnaround,” part of a six-song medley that begins with “Born A Restless Man” and concludes with “Run Baby Run.” Medleys, in general, have become something of a Sheepdogs signature.

In support of the album’s release, The Sheepdogs—who’ve toured with Kings of Leon and John Fogerty, performed at Bonnaroo, South By Southwest (SXSW) and Canada’s Bluesfest and appeared on Late Night with Jimmy Fallon—will spend most of February and March on the road touring throughout Canada, making a handful of stops in the United States. Click here for full tour dates.

Changing Colours is a testament of The Sheepdogs never-ending desire to follow their muse, become increasingly prolific and deliver thrilling evenings of thundering, organic rock to their devoted audiences.