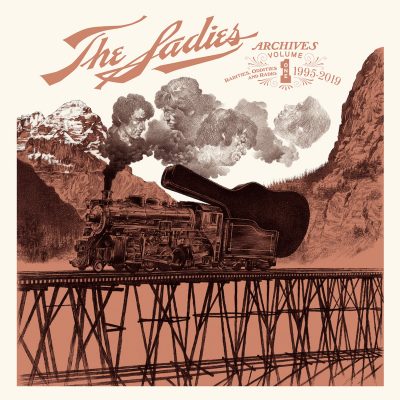 “…while others in Americana field get stuck in a groove, that will never be a problem with the Sadies…a now-veteran act who refuse to be pigeonholed.” – American Songwriter

(March 16, 2020 – Toronto, ON) The Sadies have announced a very special collection titled Archives Vol. 1 Rarities, Oddities and Radio: 1995-2019. The record which features 16 songs spanning the band’s incredible 20+ year career, will be available as a vinyl-only release, with 300 of the limited 1000 copies being pressed available exclusively through Dine Alone Records. The collection features many talented musicians that the band has worked with over the years including Garth Hudson, Rick White, Greg Keelor, John Doe, Mary Margaret O’Hara, and Gord Downie. See below for a full list of featured guests. A pre-order is available as of today at the Dine Alone Store HERE.

“This album is compiled of outtakes, soundtracks, radio performances, demos, our first ‘45’ and more, most of which were never commercially released. These sessions were recorded mostly on tape, mostly long ago, and mostly in a single live performance. With hundreds of songs in the vault after over twenty years, we wanted to revisit them and maybe find a home for some of the more interesting things. It’s also a bit of a celebration (or memorial), with this year marking our 25th as a band. This collection may be an eclectic assortment of our material, but we are after all, a rather eclectic group.” – The Sadies.

The Sadies have been keeping very busy since the release of their widely-acclaimed studio album Northern Passages available on Dine Alone Records (Canada). The band hit the road as direct support to Kurt Vile & The Violators for an extensive North American tour in 2019. Before hitting the road, the band notably composed the music score for Carmine Street Guitars, which premiered at the Toronto International Film Festival (TIFF) in 2018 following excellent reviews from its worldwide launch at the Venice Film Festival. Carmine Street Guitars is a music documentary by Ron Mann capturing featuring a cast of prominent musicians and artists, including members of The Sadies and home to legendary custom guitar maker Rick Kelly who handcrafts guitars using 100-year-old wood salvaged from historic New York buildings.

The beloved quartet, comprised of singer/guitarists Dallas and Travis Good, bassist Sean Dean and drummer Mike Belitsky, first arrived on the North American scene more than 20 years ago, their music has never been less than awe-inspiring, with no embellishment necessary. The Sadies are back in the studio working on a new record. More information will be announced when available. 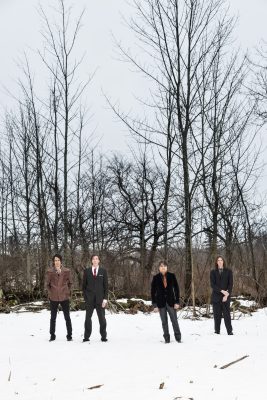 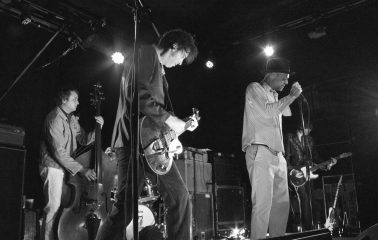 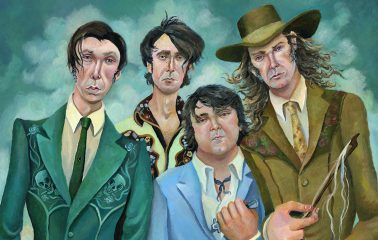