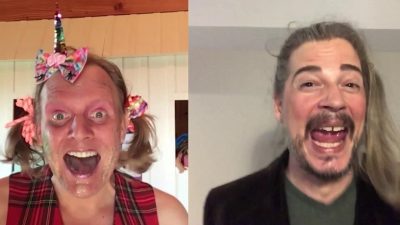 (May 27, 2020 – Toronto, ON) – The lively video for new single “Animals Sound The Same” from Taggart & Torrens—featuring Jeremy Taggart, legendary rock drummer and multiple-JUNO Award winner formerly of Our Lady Peace, and Jonathan Torrens, 30-year veteran of Canadian TV (Street Cents, Jonovision, Trailer Park Boys, and Mr. D)—co-written with Arkells’ Anthony Carone will be the highlight of your week. Watch and share the video for “Animals Sound The Same” HERE, the fourth single off their forthcoming debut musical comedy album titled Bahds. Jeremy explains, “Animals Sound The Same is the introduction of Jean Guy & Alec, two men looking to change the Children’s Music game. Anthony really helped nail the kid-like authenticity in the music.”

Bahds will be released on June 11, 2020 via Dine Alone Records and is available to pre-order HERE. In the proud Canadian tradition of Bob & Doug, Wayne & Schuster and Mike & Mike comes a compilation, hung together by control room banter from fabled and fictitious music producer Donovan. This celebration of ‘all things Canada’ resonates with TnT listeners, who call themselves ‘Bahds’, and every single song on Bahds is a different genre because all of the beloved TnT characters were tasked with bringing a song. This results in some iconic Canadian references and sounds; shades of Gordon Lightfoot, Drake, Anne Murray, Gino Vanelli and more make Bahds sound as smooth (and smoky) as a Saturday night at the Legion. Blending Jeremy’s musical background with Jonathan’s comedic chops, says Taggart, “It’s been a blast performing a bunch of different styles in the studio. 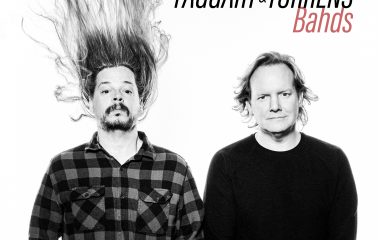