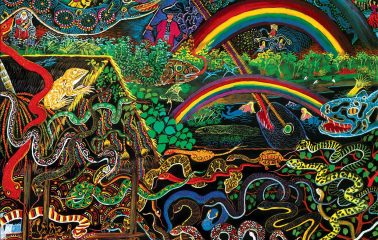 SUSTO is currently on a national headlining tour, including notable stops at The Roxy in Los Angeles, Bowery Ballroom in New York City, The Basement East in Nashville, with one Canadian stop at The Drake Hotel in Toronto on October 30. Most of the shows are co-bills with Esmé Patterson.

“The deluxe version of & I’m Fine Today is really special to us because it provides a more full picture of the material we were creating (and sometimes wrestling with) during the production process for the album,” says frontman Justin Osborne. “There were songs that came out in the studio that didn’t seem to have a definitive place in the sequence for the standard album, yet they still feel very much like they belong within the broader body of what we were doing in that period of the band.”

“Some of the songs like ‘Marfa, TX’ and ‘Drug Money’ were also great opportunities for us to collaborate with friends in the studio, which adds a different dimension that isn’t really there on the standard album” Osborne continues. “In terms of story, and as the primary lyricist in the band, I’m glad to get the rest of the stories and ideas out. All of the situations represented song by song, are just more parts of the narrative. I’d compare it to Apocalypse Now vs. Apocalypse Now Redux.”

Paste writes of & I’m Fine Today “the rich narratives echo on a molecular level; Osborne’s voice bleeds sincerity alongside veteran accompaniment.” The band has been featured in Billboard, NPR Music, Rolling Stone and Relix, in addition to their national television debut on CBS This Morning: Saturday. This year alone, SUSTO has headlined more than 95 shows, in addition to support tours with The Lumineers, The Head & The Heart, and a European tour in August and September with Band of Horses. The band’s single “Jah Werx” is currently at AAA radio. 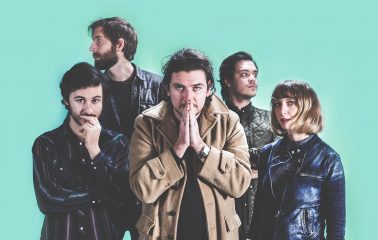