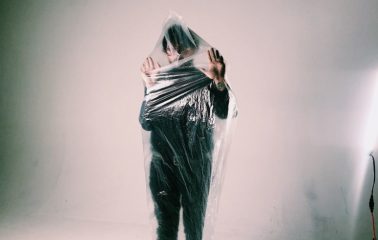 LISTEN: to Through A Wall on Noisey // Bandcamp

Southern Ontario post-hardcore heavyweights Single Mothers return today with the surprise release of their ferocious new album, Through A Wall, on Dine Alone Records & Big Scary Monsters. The album, the band’s third is streaming today as part of a feature on Noisey and is available for purchase on Bandcamp. Physical variants of ‘Through A Wall’ are also available for pre-order HERE and the album will be available on all digital outlets this Friday 7th September.

“On ‘Through A Wall’ I tried to blend my sense of dark humour with the reality of what I see when I look around me,” says frontman Drew Thomson. “In a way it made the songs sad and funny and hopefully interesting – but not super ‘jokey’. While so much dark shit is happening every day and in this era, I understand the influx of positivity in music and how that is important. Whenever I try to write a positive song though, it almost always sounds fake and contrived. Sometimes you gotta face what’s happening and just laugh at it, or at least roll your eyes until it’s over. That’s about as close to ‘positive’ as I get.”

Via Noisey the band have also shared a double video, directed by Vanessa Heins & Stef Delmedico for the tracks “Dog Parks” and “Switch Off”, the latter of which was released as a standalone single last week, and have announced a North American tour, full details of which can be found below.

What the press are saying about Single Mothers:

[Thomson’s] lyrics touch on relationships, poverty, and ambition with a blunt poetry that would seem voyeuristic if it weren’t so relatable…a pitch-perfect balance of sincere vulnerability and tongue-in-cheek egotism.

Single Mothers are back, boiling over with rage, and we couldn’t be happier.

Single Mothers live and die by post-hardcore, taking influence from forefathers that range from Quicksand to indie-rooted acts like Cursive, creating a version that is singularly theirs and singularly incendiary.

Through A Wall was recorded with the core duo of frontman Drew Thomson, producer/percussionist Ian Romano (Attack In Black, Career Suicide, City & Colour) and a rotating cast of musicians, and these 14 songs revive the raging sound of the band’s earliest output. While Single Mothers’ 2017 LP, Our Pleasure showcased poppier sides of Thomson’s songwriting, he has since found a separate outlet for those inclinations in his solo project The Drew Thomson Foundation. As a result, the album is packed top to bottom with blistering riffs, breakneck tempo shifts, and mosh-ready breakdowns, channeling the intensity of the group’s live performances.

Starting in the van while Single Mothers toured across North America in 2017 with Touche Amore, Gouge Away, and Little Junior, Thomson traded demos with Romano over email and recorded vocal takes on a USB microphone. After returning to his home in Hamilton, he completed the writing of the album while powering through its songs in a series of fiery studio sessions. Pitchfork has highlighted the band’s combination of “scab-peeling punk with speak-shout vocals reminiscent of The Hold Steady,” yet few may be prepared for Through A Wall’s volcanic eruptions of vocal cord shredding.

Thomson’s lyrics remain as candid as always, while infused with introspection from a newfound form of clarity in his personal life. “This was definitely the hardest album I’ve ever written lyrically, but also the quickest,” he explains. “It’s the first Single Mothers record I’ve made since getting sober and not having booze as a crutch to lean on for inspiration. I feel like I’ve hit a turning point in my life, so it’s a lot more of a personal album.”

Through A Wall begins this reflection on opener “Marathon”, as Thomson sings, “the messes I’ve made became your favourite stains.” First single “Switch Off” continues this process of accountability with an epiphany that shedding inner demons is a lifelong effort. “24/7” describes the draining routine of touring and recording, while “Big Scar” paints an alternate reality of becoming a cool dad with winking references to Pavement, Crass, The Replacements, and a “Black Flag shirt under your day job drab.” The melancholy sway of “Stoic/Pointless” tells a tale of failing relationships with a hopeful resolution, while “Across The Couch” includes a different kind of break-up as Thomson nods to his former hometown: “London always looked so pretty/But I don’t miss it anymore.” In the end, he gazes inward at his need to get clean, realizing he was “headed straight towards the wall” with “nobody left to call.”

Since their formation in 2008, Single Mothers’ only constant is change. With a perpetually revolving lineup that has even seen Thomson banished from the band, they have now settled into a Mark E. Smith and The Fall inspired formula where any collaborator is welcome to join him for the ride. “The door is always open,” says Thomson. “We just have a few guidelines: if the songs are good and you’re a friend, you can play with the band any time. Once a Mother, always a Mother.”

Through A Wall is out now on Dine Alone and Big Scary Monsters. It is available for purchase here. 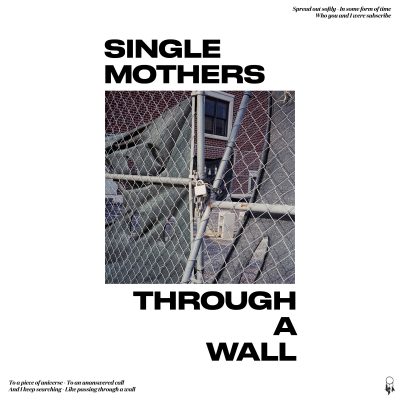