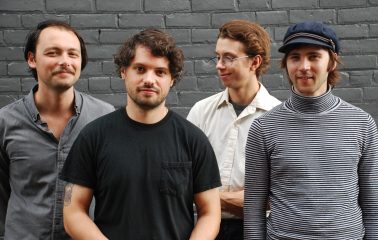 Premiere “Tan Line (Like Passing Through A Wall)” Video w/Kerrang! 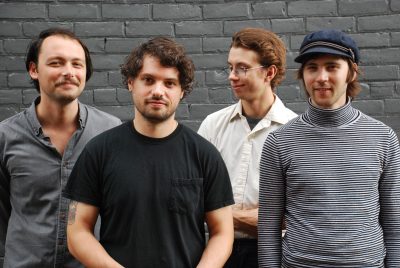 LISTEN: to Through A Wall on Bandcamp

In September, the favorite sons of Southern Ontario hardcore Single Mothers surprise released their ferocious 3rd album, Through A Wall, on Dine Alone Records & Big Scary Monsters. The album, which Noisey called “their most vicious yet,” is a blistering return to the band’s hardcore roots, and today the band are premiering the animated video for its (almost) title track “Tan Line (Like Passing Through A Wall)” with Kerrang! to announce a headlining North American tour in the new year (tickets on sale Friday, December 14 at 10am local).

Described by Kerrang! as “[Kerrang quote]”, frontman Drew Thomson identifies the track as being representative of the central issues he was working through while writing the songs that became Through A Wall.

“I was reading a lot of Murakami going into this record,” Thomson tells Kerrang. “Before recording began for Through A Wall I had just come off of a cross Canada solo tour and really threw myself into ‘The Wind Up Bird Chronicles’.

“The solo tour was an amazing experience – I had never driven across the country by myself, or gone on tour alone, but had always wanted to do both. Pairing it with that book…it’s given the experience a very.. layered reflection.

“It was on that trip that I thought about calling this record Through A Wall for the first time. We had started demoing a couple songs but we weren’t far into it. Usually I leave titles to the last possible minute but a lot has changed for me and the band since Our Pleasure came out. Everything has changed since Negative Qualities.

“This band constantly feels like it’s hoping and skipping along with or without me and I’m just floating in and out of sync with it constantly trying to figure out where I am and where it is. This song ‘Tan Line’ is about falling in and out of sync. ‘Spread out folly somewhere in your mind, pieces of who you and I collide’ – how we all grow together, separately but hold onto what we remember we were as truth. “You’ve changed” – obviously. Life is short, and it seems like we’re always trying to catch up, find short cuts into each other – like passing through the walls we all put up”.

The band’s North American run will begin in mid February, following a UK/EU tour with Drug Church. Full details can be found below.

What the press is saying about Single Mothers:

this band of townies from London, Ontario, ruthlessly skewers hypocrites,

“[Thomson’s] lyrics touch on relationships, poverty, and ambition with a blunt poetry that would seem voyeuristic if it weren’t so relatable…a pitch-perfect balance of sincere vulnerability and tongue-in-cheek egotism”

“Single Mothers are back, boiling over with rage, and we couldn’t be happier.”

“Single Mothers live and die by post-hardcore, taking influence from forefathers that range from Quicksand to indie-rooted acts like Cursive, creating a version that is singularly theirs and singularly incendiary.”

Through A Wall is out now on Dine Alone and Big Scary Monsters. It is available for purchase here. 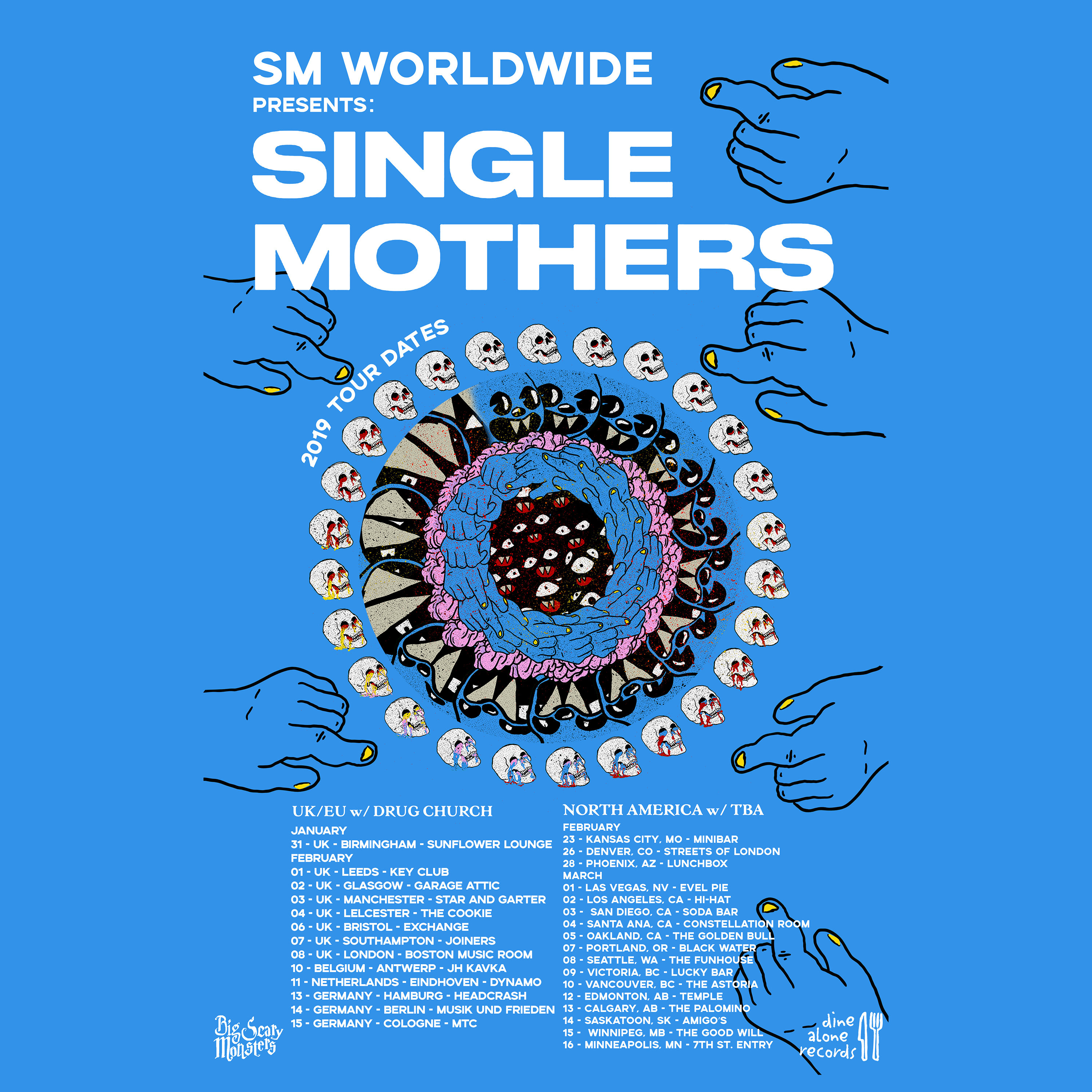