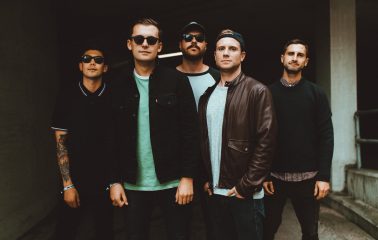 “Effortlessly melodic and marked by a shiny, ’90s alt-rock aesthetic, Seaway’s third full-length album, 2017’s Vacation, is a confidently executed production; the kind that grabs your attention from the start and never lets you turn away”  – AllMusic

“Seaway have levelled up in the pop-punk world by delivering an album you’re going to be scream-texting your friends to check out immediately.” – Alternative Press 4.5/5

“Seaway has simply executed their goal with Vacation, and it’s f**king glorious. Get it, learn it, worship it.” – New Noise Magazine

Acclaimed pop-punk outfit SEAWAY are thrilled to announce an extensive Canadian headlining tour this summer in support of their latest LP, Vacation. The tour will kick off in Winnipeg at The Good Will on July 12th and will wrap up in London, ON at the London Music Hall on August 10th. Joining Seaway on tour will be Ottawa’s Bearings (All dates), Vancouver’s Living with Lions (July 12th – July 21st) and Toronto’s Like Pacific (July 26th – August 10th). Tickets are on sale now and are available HERE. For a complete list of dates, please see below.

Seaway dropped their highly anticipated new album Vacation on September 15, 2017 via Dine Alone Records. Fans can stream the album, which has been heralded online and in print by Alternative Press, Substream Magazine, New Noise Magazine, and more, on Youtube & Spotify. Vacation can be purchased at hyperurl.co/seaway

Since forming in 2011, SEAWAY has become known for their highly infectious brand of pop punk – one that strikes the perfect balance between the two styles and recalls a time when the genre centred on having fun. Comprised of Ryan Locke (vocals), Patrick Carleton (guitar, vocals), Ken Taylor (drums), Adam Shoji (bass), and Andrew Eichinger (guitar), to date, the band has released three full-length LP’s, three EP’s and has toured extensively in North America and the UK. 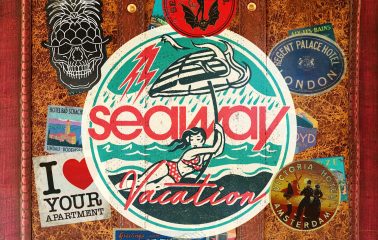 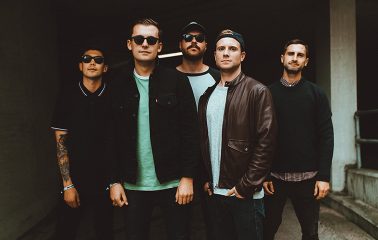