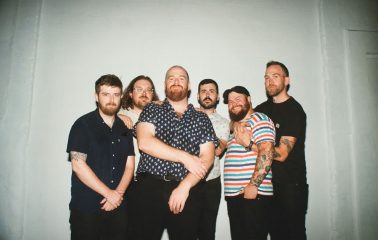 On Tour Now With Frank Turner 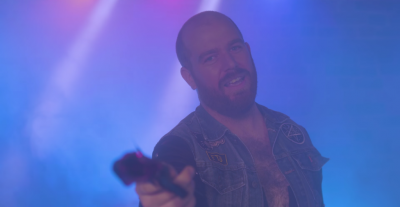 Last summer Sam Coffey & the Iron Lungs released their self-titled LP on Dine Alone and Burger Records. The band, who have received praise from outlets like Pitchfork, Noisey, Spin,Billboard, Funny or Die, Exclaim and Consequence of Sound, found success at radio for the first time with the release, with their singles “Talk 2 Her” and “Tough” climbing the charts as they toured relentlessly across the US and Canada with acts like The Sheepdogs, The Flatliners and The Dirty Nil. The band are currently half way through another North American run with Frank Turner & The Sleeping Souls, and to coincide with this cross-continent rip they are releasing their first new material since their barn-burning LP with their new single “First Time.”

Produced by Eric Ratz (Metric, Tegan & Sara, Billy Talent), who has delivered the Lungs with their most polished sound to date, the track is a bombastic celebration of new love that showcases Coffey’s sterling pop sensibility and uniquely powerful voice. The video, directed by Shawn Kosmerly, sees the band show off their acting chops, running through their drama class exercises before performing their own ludicrous “one band play.” As the band tears across the country once more Sam and the boys are poised to make the world fall in love with them again…for the first time!

What the press are saying:

Sam Coffey & The Iron Lungs is a plea for expression and communication in relationships, for emotional honesty and openness. It’s a healthy counterpoint to the cocky, hyper-masculine tradition of rock and roll.”
– Noisey

Good power-pop records—the ones that capture the spirit of the genre’s forebears—are tough to come by but Sam Coffey and the Iron Lungs very much hold their own. The vocals here are alternately gruff and nasal. An organ simmers in the background and guitar solos offer quick hits of traction. There are handclaps and supremely solid hooks….This is the sound of dirtbags having fun and falling in love.
– Pitchfork

Sam Coffey and the Iron Lungs evoke images of beer-stained floors and raucous mosh pits on their self-titled release…it’s a perfect backing to a solid night out with a close gang of pals.
– Exclaim!

Sam Coffey & The Iron Lungs self titled LP is out now on Burger Records and Dine Alone. It is available for purchase here. 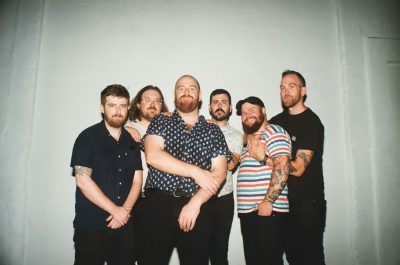