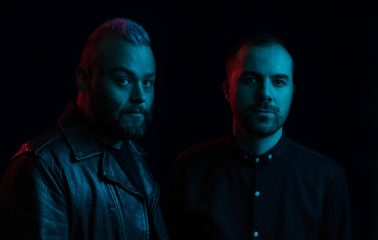 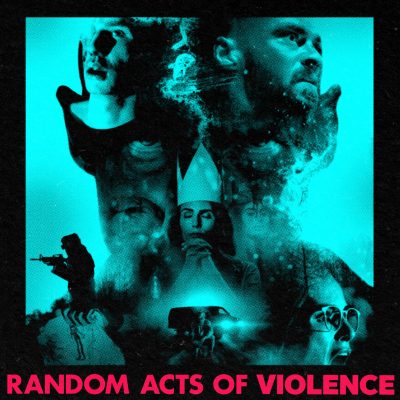 (October 23, 2020) – Dine Alone Records is excited to announce the release of the original score for the Jay Baruchel directed horror, Random Acts of Violence by Wade MacNeil (Alexisonﬁre, Gallows) and Andrew “Ango” Macpherson (Goon: Last of the Enforcers, Dark Side of the Ring). A physical pre-order is available as of today HERE, with a digital version to be released on streaming platforms October 30. Pre-save HERE.

Having lent their talents to the Far Cry video game series, Starlink: Battle for Atlas, Tom Clancy’s Rainbow Six: Siege, and horror ﬁlms like The Ranger (Shudder), MacNeil and Macpherson have created an ominous, yet understated and unsettling style of electronica. Characterised by its atmospheric soundscapes and a pulsating, hypnotic edge, the score perfectly echoes the themes depicted in an uncompromising, visually stunning ﬁlm.

Says MacNeil, “When you’re scoring a film you are creating a soundtrack for a world that doesn’t exist. Finding the sounds and melodies for that bleak stretch of rust belt highway in ‘Random Acts’ was exhilarating. Making music to frighten people is such a unique way to spend your time in a studio. I love it.”

Based on the Image Comics graphic novel by Justin Gray and Jimmy Palmiotti, Random Acts of Violence is an elevated slasher horror that will easily become a cult favourite; scratching the entertainment element of horror whilst searching for the deeper meaning behind the violence. The ﬁlm explores the idea of legitimising cruelty, and the fact that monsters are not merely monsters, they are broken people. Stretching from one end of the emotional spectrum to the other, it holds a mirror up to art, society and violence.

Wade MacNeil is the founder and guitarist of Alexisonﬁre, and has also served as frontman of renowned punk band Gallows. In 2017, Wade composed additional music for Jay Baruchel’s comedy Goon: Last of the Enforcers, where he met Andrew.

Andrew “Ango” Macpherson is a producer, composer and ﬁlmmaker. He has produced music for the likes of Jacques Greene, Machinedrum, Tommy Genesis, Cadence Weapon, Jesse Boykins III, Lunice, Katy B, Syv de Blare and many more. Andrew has also recorded for UK label LuckyMe Records and produced tracks for labels such as Last Gang, eOne, Ninja Tune, 4AD, B4 Sounds, True Romance and 100%Silk. In 2015, Andrew wrote and produced on the Juno-nominated album Dirty Laundry by Ben Stevenson and he is an alum and studio team member of the Red Bull Music Academy. 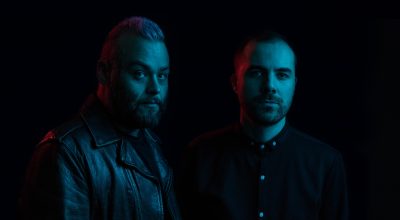 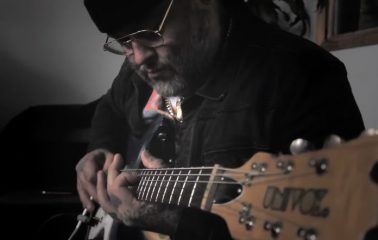