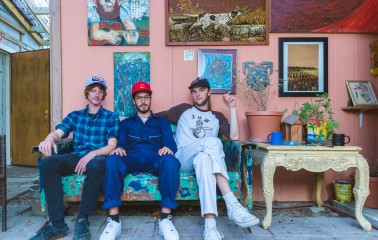 Stoked to announce that Nashville rock trio Music Band will release their debut LP, Wake Up Laughing on April 1, 2016 via Dine Alone Records / Infinity Cat Recordings worldwide (outside of the U.S.). The first single “Day Stealer”, which premiered last week via Stereogum, is now available to listen to and share on Soundcloud.

Recorded at Bomb Shelter Studio with Andrija Tokic (Alabama Shakes, Natural Child), the eleven newly minted tracks on Wake Up Laughing showcase the band’s knack for writing catchy, surprising, high-energy songs that make their influences as vast as they are difficult to pin down. Their songwriting echoes their constant quest for discovery and reinvention, while always remaining true to themselves. Though their infamous tongue-in-cheek lyrics remain, they’ve also captured life’s ups and downs with honest lines like “She’s all I’ve ever wanted / If all I ever wanted was a lie” and “I feel okay / I got some money, but I am afraid / Cause money makes you lazy.” Wake Up Laughing is what you want to listen to when you’re filled with questions, an album so empowering (and flawlessly sequenced) that it’s impossible to listen to just one song. It is Music Band’s profound respect for each other and for those who came before them as they toe the line between light and dark, which keeps them hurtling forward into the great delights of the unknown.

In support of their debut full-length the band will be performing at this year’s SXSW and will be heading on tour in North America with label mates Diarrhea Planet in March and April. The North American tour, which kicks off in Albuquerque, NM on March 23rd, includes Canadian shows in Nelson, Calgary, Edmonton and Vancouver. For complete tour information, see below. 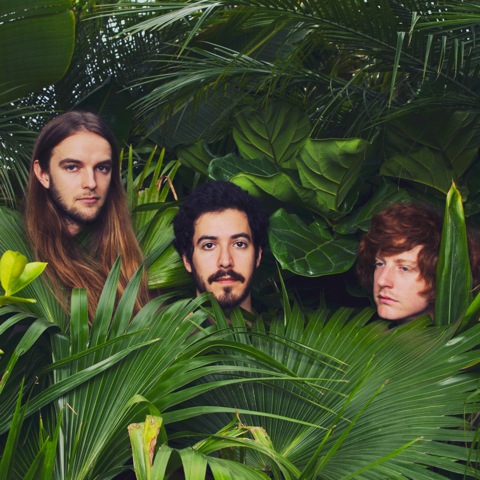