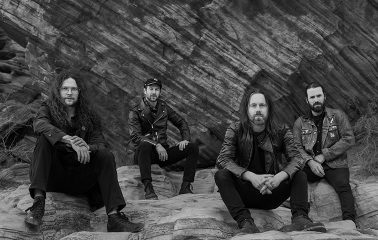 Following the release of their killer new tracks, “Don’t Tell Me How to Live” and “The Enforcer”, Juno Award-winning hard rockers Monster Truck are thrilled to announce a Canadian headlining tour this winter. The tour kicks off at Sugar Nightclub in Victoria on February 23, 2016 and wraps up with a Toronto show on March 11, 2016 at the Phoenix Concert Theatre. Joining Monster Truck for their Canadian run will be British blues rock band The Temperance Movement. The forthcoming tour is in support of Monster Truck’s highly anticipated new album, Sittin’ Heavy, which is due out on February 19, 2016 via Dine Alone in North America, Australia and New Zealand.

Pre-order the album now via the band’s webstore, Dine Alone webstore and iTunes.

Pre-sale for the tour begins tomorrow, Tuesday November 24 at 10AM local time in each city and runs until Thursday November 26, while pre-sale quantities last. Fans will be able to purchase tickets during the pre-sale directly from http://ilovemonstertruck.com/shows/. Tickets for the tour will go on sale to the public on Saturday November 28. For tour details, see below.