To celebrate the 10th anniversary of The Red Tree, we’ve collaborated with Moneen and to create the definitive Red Tree vinyl box set. The box set features the album pressed on exclusive clear vinyl and includes 2 additional tracks not available on the original release. Also included in the box is a 7” featuring 2 more bonus tracks, a cassette with home recorded demos and the JUNO-nominated DVD “It All Started With A Red Stripe” all housed in a hand-painted and numbered box. The Red Tree Anniversary box set will be limited to 300 copies and available first as the band celebrates the album’s 10th anniversary with a show January 7, 2017 in Toronto at Lee’s Palace with special guests The Fullblast. Tickets will be on-sale as of Friday, November 4 at 10:00am ET HERE.

It’s been 15 years since Moneen captured the ear of indie-lovers with the seeming dichotomy of their sound mixing catchy, upbeat rock instrumentation with stirring melodies and poetic, though-provoking lyrics. As of the Brampton-based band’s first release, The Theory of Harmonial Value (2001) they toured relentlessly, sharing stages with the likes of Muse, Billy Talent and Alexisonfire, earning a fiercely dedicated fan base in the process. Said Exclaim! of Moneen’s blistering Christmas performance in 2010 at The Horseshoe Tavern, “Hundreds of fans elbowed and fought to get as close to the front as possible, and then went in an absolute frenzy hearing the first keyboard note..” CityNews also praised the show, “an epic night to be remembered by the lucky ones who actually made it inside.” Don’t miss Moneen at Lee’s Palace, January 7, 2017. 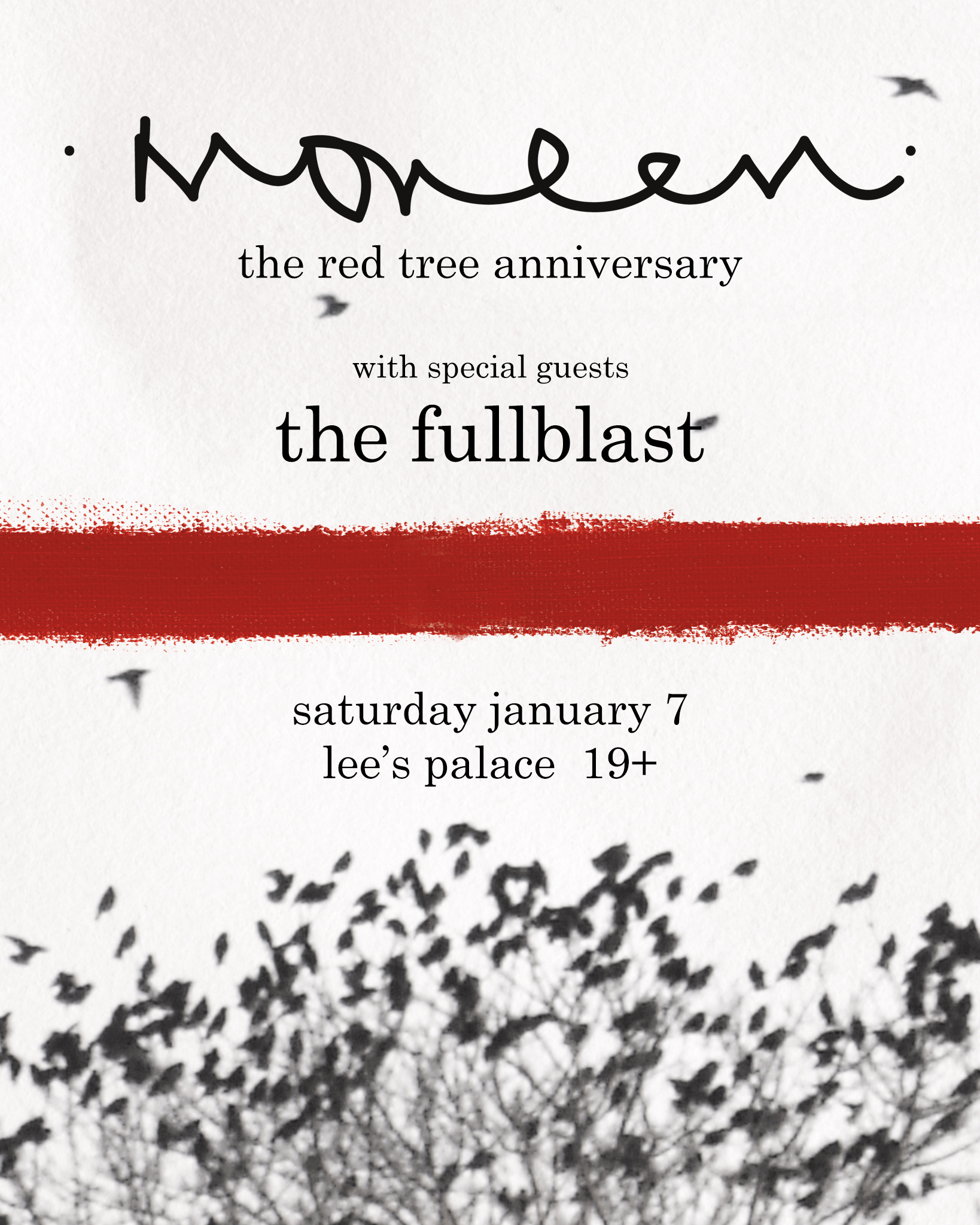 Moneen and Moving Mountains unveil Switcheroo split ahead of tour