Dine Alone Records is excited to announce the signing of UK’s Luke Sital-Singh for Canada. His new album Time Is A Riddle will be released May 12 as is the follow-up to his acclaimed 2014 debut The Fire Inside/. The album is available to pre-order here .The acclaimed Bristol-based singer-songwriter has also announced an upcoming UK headline tour in support of the record. See below for tour dates.

Time Is A Riddle was recorded in Attica Audio studio in Donegal with producer Tommy McLaughlin (Villagers). McLaughlin recruited a small group of local musicians, with Luke and the band slotting together effortlessly to record the album in ten days. “There were big windows looking over the hills of Donegal, and it was raining the whole time, which was perfect for me,” says Luke. “We were playing and singing at the same time in this lovely big live room, with so much bleed, just the way records used to be made.”

The first single from Time Is A Riddle is the spine-tingling “Killing Me”, which has already racked up over half a million streams on Spotify. A song Luke wrote for his Grandmother, the track is accompanied by an evocative, homemade, typically personal video.

“It’s cut from digitized cine films that my wife’s late grandfather shot in the Seventies. They were only sent to us recently because her parents were in the process of moving to Vancouver. When I watched them, the nostalgic nature and the parallels with both our grandparents, it just felt tonally right, and a little note of serendipity. So I edited them together and that’s what we’ve got.” Watch here.

Sticking with the family theme, the album’s vivid artwork is a lino print by illustrator and printmaker Hannah Cousins, Luke’s wife. The cover image began as a photograph of a wind-bent tree in Donegal, before Cousins set patiently to work.

“The lino process is one of painstaking craftsmanship, where an image is carved in reverse in a linoleum sheet,” says Luke. “In this case it took Hannah two full days. She then carefully inked the lino and pressed it onto paper, using an Albion press from 1881.”

In the same spirit, 28 year-old Sital-Singh is finessing a series of special filmed performances in the studios, workshops, foundries and ateliers of a host of Slow Movement crafts people he’s connected with up and down the country. Watch this (bespoke) space for collaborations with a ceramicist in Glasgow, a knife-maker in Derby and a stained glass designer in Devon.

But for now, here’s Time Is A Riddle. A record where you can smell the graft, see the joins and hear the sweat on the frets – and the occasional live-recording misstep. It’s that real. Canadian tour dates will be announced when available. 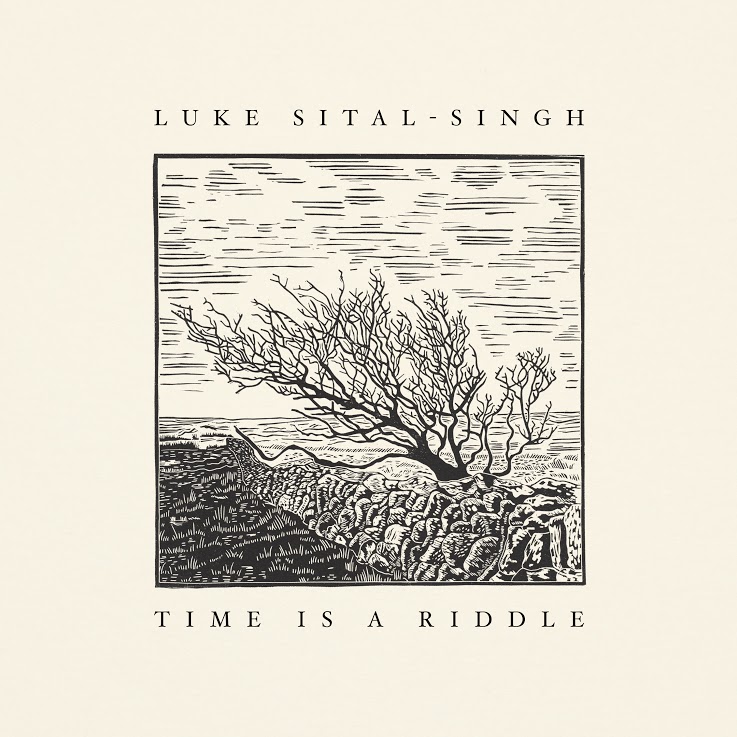