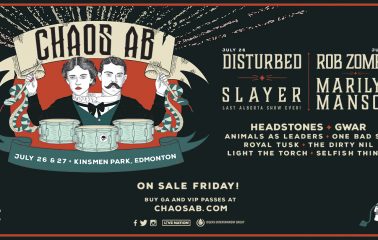 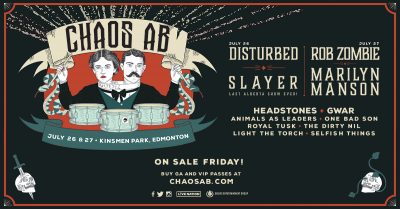 Tickets for the first ever CHAOS AB will go on sale Friday, April 5 at 10am MT at www.chaosab.com

With a long history of successful rock shows in Alberta, Live Nation Canada identified an opportunity for an all-rock music festival designed specifically for fans across the province. Fans of all ages will enjoy unforgettable musical performances, plus a wide range of food trucks, vendors, and onsite activations catering to the unique tastes of the rock crowd.

In working with the City of Edmonton, CHAOS AB is anticipating thousands of fans to attend the event each day in the first year. Kinsmen Park was selected as the ideal location to host the festival due to its picturesque proximity to the North Saskatchewan River and its previous use as an outdoor concert venue.

“Every aspect of the maiden year of CHAOS AB is built on the vision of bringing a high-quality rock event to the people who live and breathe this lifestyle every day,” said Nhaelan McMillan, Live Nation Canada, Vice President, Talent. “We promise to deliver the ultimate rock experience right here in our own backyard.”

As fan parking will not be available onsite, festival shuttles will be running three different routes across the city from the Downtown core, University: Education Car Park looping on to 97 Ave, and from the festivals’ VIP Parking location. Fans are also encouraged to take the LRT or bus to the festival site. The nearest LRT stops are University Station and Grandin/Government Centre Station. 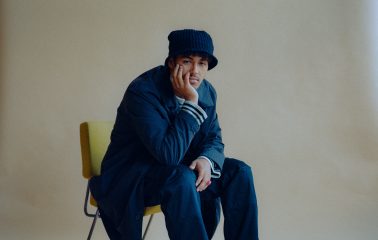 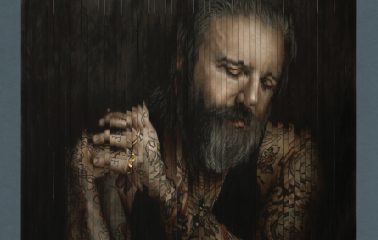