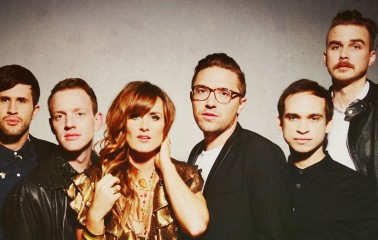 Dine Alone will release Kopecky’s sophomore album, Drug for the Modern Age, on May 19, 2015. The new record takes the many shake-ups the band has endured over the past few years and turns them into inspiration for groove-driven, melody-heavy alt-pop that’s intensely emotional and strangely exhilarating. The album will be available for digital pre-order on March 10, 2015. 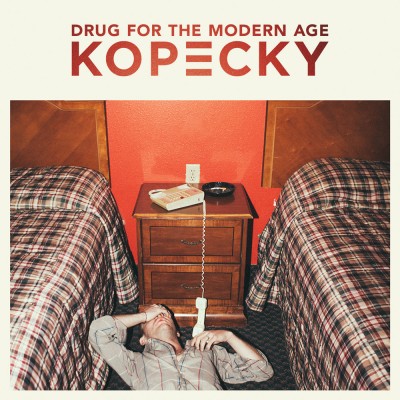 Drug for the Modern Age Tracklist:

The lead single from the forthcoming album is “Quarterback” which premiered on SPIN, who hailed it as a “melodic three-minute blast with piercing guitar riffs and an adrenaline-pumped chorus.”

Formerly known as the Kopecky Family Band, the Nashville based group’s lineup includes guitarist Steven Holmes, bassist Corey Oxendine, cellist Markus Midkiff, and drummer David Krohn. Kopecky has had their music appear on a variety of hit television series including Grey’s Anatomy, Parenthood, The Vampire Diaries, and MTV’s Awkward to name a few. They’ve also toured all over the world and have played at some of the largest music festivals including Austin City Limits, Bumbershoot, and Lollapalooza. This year they will be performing at SXSW.

Drug for the Modern Age explores such life-altering events as the sudden loss of a loved one, divorce, and struggles with addiction, along with more joyful happenings like new love and marriage. “Our goal was to talk about all these very serious things we were dealing with, but in a way that felt nothing like wallowing and more like standing triumphantly, or even dancing our way through it,” says vocalist/guitarist Gabe Simon.

In achieving that dynamic, Kopecky‘s forthcoming release, produced by Konrad Snyder, offers moments of symphonic grandeur alongside edgy, electronic-leaning innovation. Meanwhile, their daringly intimate lyrics both unsettle and engage, asking questions and encouraging reflection on the part of the listener.

With the band forever bound by their shared passion for purposeful songwriting, all that revelation and sometimes-painful truth-telling ultimately fulfills something central to Kopecky’s mission: a deeper and stronger connection with each person listening.