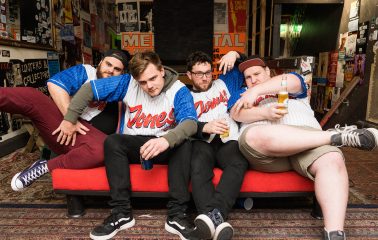 If you thought punk was dead, get ready for some second coming shit as Jones The Cat’s latest release drops on 24 October. The double A-side single is the band’s first release through Canadian independent heavyweights Dine Alone Records, following on from their win at UniSounds 2017. Featuring two hard hitting tracks, Time Waster and I Want You Still, its an energetic prelude to band’s EP due later this year. 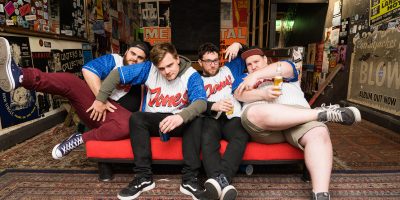 The Novocastrian group have already established themselves as ones to watch with their infectious live show and the gathered acclaim of audiences and critics alike. With hefty bass lines and the gain turned way up, it isn’t just their sweaty tenacity that places Jones The Cat as some of best punk coming out of Australia right now. Drawing parallels with Luca Brasi, The Used and PUP, Jones The Cat will pull you back to a golden era of punk rock with their thrashed out tracks.

Time Waster is a rapid and addictive fix of chugging riffs and angst ridden vocals, reminiscent of classic punk records and the attitude of 2000’s punk rock. I Want You Still is a gloriously Australian, spoken word kitchen-sink-drama, punctuated by cleverly interwoven instrumentation and punchy choruses. Produced under the expert ears of ARIA winning Peter Holz and Simon Berckelman, the record cuts a fine figure while holding true to its DIY roots.

Set for release later this month, both tracks will be available digitally and on 7” vinyl. This record, and the EP to follow in November, mark the inaugural release from Dine Alone Records in connection with the label’s partnership with UniSounds, the premier band comp in Australia. Offering the winning artist a world-wide release package, Jones The Cat, as the 2017 winners, are the first group to claim this incredible prize.