Jimmy Eat World have announced their new album Integrity Blues will be released October 21. The LP was produced by Justin Meldal-Johnsen (Paramore, M83, and Air). Frontman Jim Adkins stopped by KROQ Los Angeles’ Kevin & Bean morning show yesterday (August 30) to debut “Sure and Certain”, the first single from the album.  Of the track, Jim Adkins lead singer and guitarist of Jimmy Eat World explains, “The song is about how limiting your own ideas for perfection can be. That, in constantly gunning with blinders on for achieving your ideal expectation, you are limiting your ability to appreciate all the things surrounding you in the present.” Check out the lyric video HERE. Click HERE to stream the track on Spotify, Apple Music and Google Play. Click HERE to download the track at iTunes and Google Play. 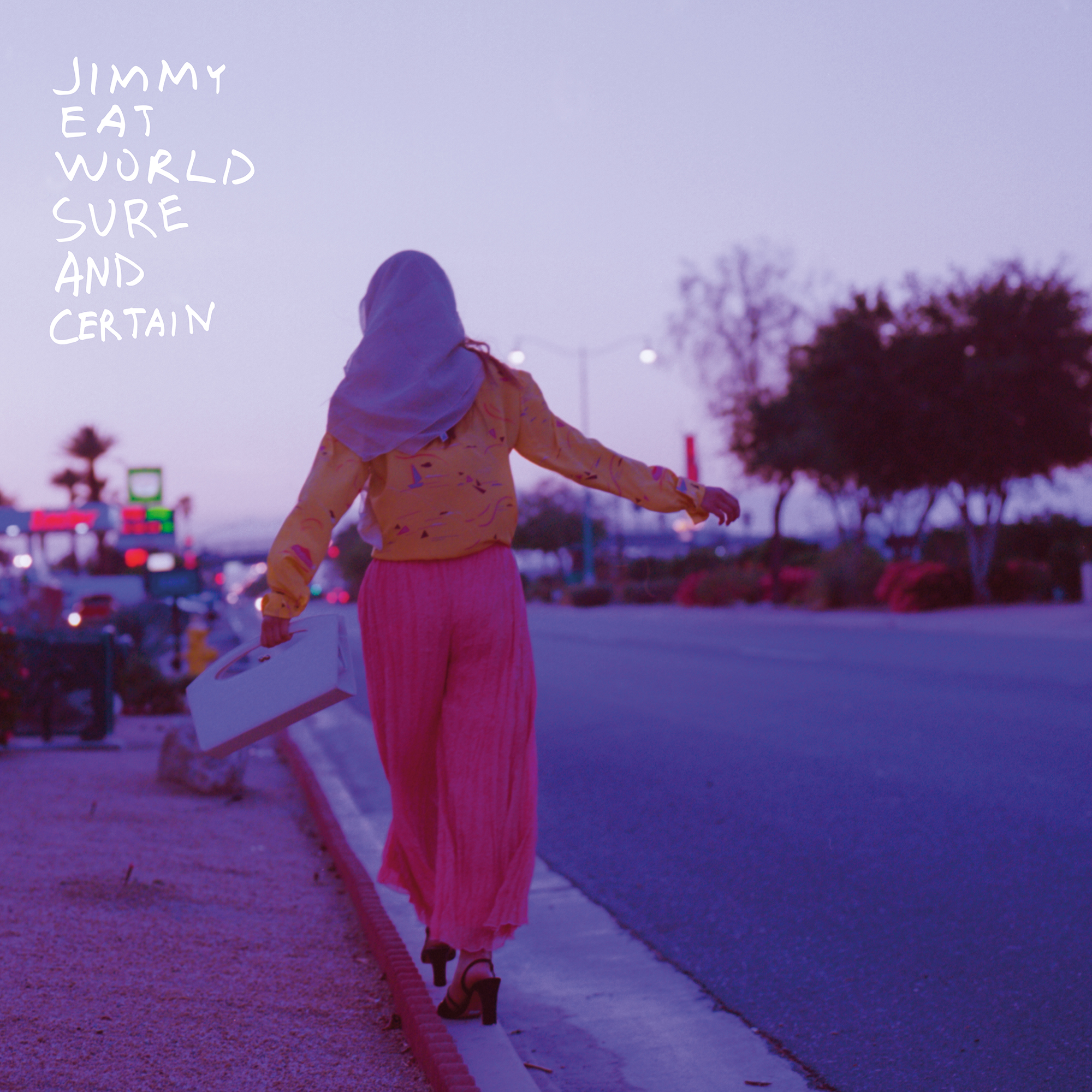 Consequence of Sound describes Jimmy Eat World as “one of the best pop punk bands of all time,” and Entertainment Weekly rave “Jimmy Eat World have shared another new song: a soaring, guitar-laden entry.” Jimmy Eat World previously shared the track “Get Right” from the album. Consequence of Sound wrote, “Sonically, it harkens back to the band’s Futures-era sound, where guitars crunched loudly and frontman Jim Adkins had a bit more snarl in his voice“. The band will be hitting Toronto for a performance at TURF on September 18. For more information, stay tuned to http://www.jimmyeatworld.com/ for all the latest news.