We are excited to announce that South Carolina’s self-professed “first rock n’ roll band” Heyrocco has joined our roster for the release of their debut full-length, Teenage Movie Soundtrack. Produced in Nashville by Paul Ebersold, the LP will be released digitally on July 10. Watch the video for the track “Loser Denial” here.

Influenced by an era when alternative, guitar-driven jams ruled the airwaves, Heyrocco crafts angst-fueled, ’90s-inspired songs that will transport listeners back to a time of underage drinking, house parties, and first loves. The three-piece made up of childhood friends Nathan Merli, Christopher Cool, and Tanner Cooper, first started jamming in their parents’ garages in 2010 and quit school soon after to pursue their dreams of ‘rock stardom’. Barely in their twenties, the band has already been on multiple tours across the US & UK, sharing stages with acts like Grouplove, Those Darlins, and The Weeks and earning praise for their in-your-face live show and compelling on-stage persona. 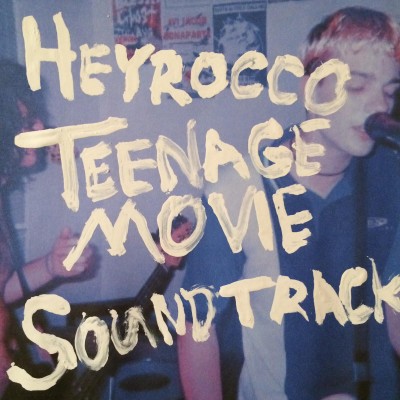