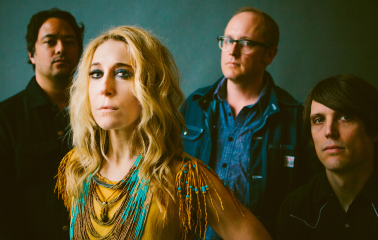 Dine Alone Records is excited to announce the June 16 release of the new highly anticipated Heartless Bastards record. Titled Restless Ones, the album is the band’s fifth and was produced by GRAMMY® Award-winning producer John Congleton (St. Vincent, Angel Olsen, Swans). Restless Ones was tracked in August 2014 during a 10-day session at El Paso, TX’s renowned Sonic Ranch. Located on 2,300 acres of pecan orchards bordering the Rio Grande and Mexico, the studio – the largest residential recording complex in the world – provided the perfect setting, miles away from all real world responsibilities and thus able to fully invest themselves in the act of creation. Click here to hear “Gates of Dawn,” the first taste of their forthcoming record, premiering via NPR.

Heartless Bastards — Erica Wennerstrom, guitarist Mark Nathan, bassist Jesse Ebaugh, and drummer Dave Colvin — have spent the past decade in motion, boldly pushing their unique brand of rock ‘n’ roll into new shapes over four acclaimed albums and nearly non-stop roadwork. Now, with Restless Ones, the band sets out once again, blazing a path to a place of shifting moods, seasoned songcraft, and unbridled spontaneity. Restless Ones is the follow-up to 2012’s breakthrough Arrow. The album finds Wennerstrom exploring as-yet-unvisited avenues of sound and sensation, her bravery and ambition readily apparent in the emotional timbre and the sheer physicality of her songs. Her spellbinding vocals are of course front and center, her one-of-a-kind voice as primal, cathartic, and indefinable as ever.

The band put their back into the project as one, living together, dining together, always alert to their mission. The communal nature and concentrated schedule of the Sonic Ranch sessions proved an intense but inspirational combination. They were marked by Heartless Bastards’ openness to the unfamiliar, allowing previously untapped influences – from The Byrds and Syd Barrett to the Faces and the Flaming Lips – to take root in their own distinctive blues-powered rock ‘n’ roll.

The confirmed Heartless Bastards tour dates are listed below. Heartless Bastards also announce their interactive website experience around the new album at  RestlessOnes.net where fans will be able to share photos, videos and check out new music directly from the band. 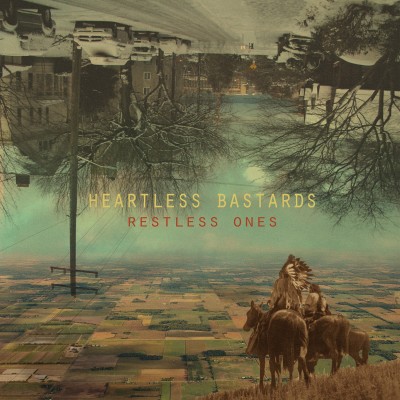