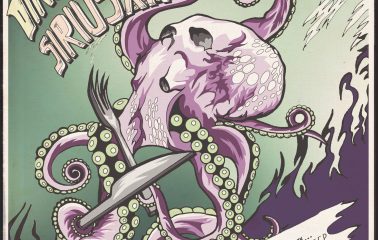 Wishing our pals at Horseshoe Tavern a very happy 70th birthday! The Toronto Star recently put together a list of 70 stand-out memories from music industry folks; below are just a selected few either about or from the DA fam. Read the full article here. 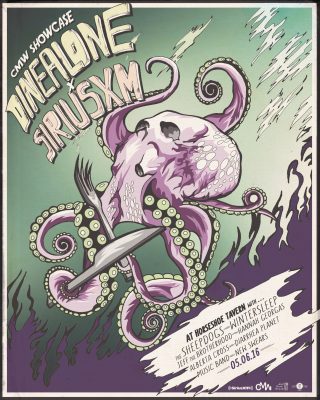 “Hands down best Horseshoe show was 2007, New Years Eve, The Sadies. From the moment their amps turned on, the electricity that pulsated from the stage didn’t stop until the band was done and the lights came on for everyone to leave. It was otherworldly. Unforgettable. Magic.” – Royal Wood, singer/songwriter

“Firewater, June 1, 1998. Tod A. is a Top Ten artist for me and never having seen (his old band) Cop Shoot Cop made this show all the more important. My best pal Deaner and I were nervous and hoped it would be as good as we thought it might be. It was a major discussion driving in from St. Catharines. We went straight the front, right against the stage and as soon as they started playing and he started singing, all the nervousness became excitement. It’s not every day you witness greatness. Such a remarkable and memorable show for just $6.” -Joel Carriere, Founder & President of Dine Alone Records.

“It was the 60th-anniversary event they had there. Gord Downie did a bunch of Tragically Hip songs with The Sadies as his band. They did ‘Fire in the Hole’ and it was loud and mad and dope as hell.” – Donovan Woods, singer/songwriter

“The Lumineers, playing their first ever show in Toronto on June 16th, 2012, during NXNE. I’ve spent a lot of sweaty nights at the Horseshoe but that definitely was one of the hottest. It’s funny, I found an article about it saying it was a mixed bag but I was side stage at the show and watching the crowd at the front of the room, there was just this excitement in the air that the crowd was a part of something special that was about to blow up. It appears it turned out that way.” – Matt Fisher, journalist

“A highlight show was the Lemon Twigs this past spring. They were on the rise so there was some of that palpable energy in the audience. They put on a great show filled with sibling banter. It was like trash-glam-star meets balled-Beatles-bunny mixed into one fun set. Loved it!” – Jasmyn Burke of Weaves