FIDLAR have unveiled a new music video for their song “West Coast”. Along with their most recent single, “40oz. On Repeat”, “West Coast” will appear on their forthcoming second album Too due out on September 4 via Dine Alone Records (Canada). Roaring into life as tastemaker Annie Mac’s “Hottest Record’ on BBC’s Radio 1 this week, “West Coast” is the album’s most sing-able track and a glowing insight into the summer-defining soundtrack the Los Angeles four-piece have got hidden up their sleeves. Click HERE to watch the music video for “West Coast” and to pre-order the new album visit the Dine Alone Webstore,

The music video for “West Coast” was directed by Ryan Baxley and features the band’s personal footage from the last five years of touring around the world. Starting today, the band is asking fans to submit their own footage from past FIDLAR shows via Tumblr, Twitter, and Instagram using #FIDLARTOO and on August 7 the band will release a companion video from the fan’s perspective that incorporates fan submissions. The deadline for submissions is Friday, July 31.

Produced by Jay Joyce, Too was recorded in Nashville over the span of just two weeks. The 12-song collection of pop-infused garage rock expands on the band’s 2013 self-titled album that put them at the forefront of modern punk music. The new album showcases a band that continues to fine-tune its sonic approach while also highlighting a more introspective and revelatory approach to songwriting. It also marks the first time the band has worked with a producer.

Additionally, FIDLAR have announced an extensive headlining U.S. tour to take place in September and October, which also includes Canadian dates at Riot Fest in Toronto, and the Theatre Fairmount in Montreal. See below for a complete list of upcoming dates.

10/31 – The Regent Theatre – Los Angeles, CA
FIDLAR is Zac Carper (guitars/vocals), Elvis Kuehn (guitars/vocals), Brandon Schwartzel (bass), and Max Kuehn (drums).  Since forming in 2009, FIDLAR quickly became one of the Los Angeles music scene’s most celebrated live acts thanks to their raucous live shows, which often concluded with the majority of audience members joining the band on-stage. Since formation, the band has toured the world and played with The Pixies, The Hives, Black Lips, OFF!, Jeff The Brotherhood, The Orwells, Wavves, The Delta Spirit, and more. Their debut self-titled full-length album was released in the U.S. in January of 2013 and debuted at #5 on the Billboard Heatseakers Chart, #2 on the Alternative News Artist Chart, and was the #1 most added release at CMJ. Rolling Stone immediately called FIDLAR “a band to watch”, asserting, “FIDLAR redefines the ‘Golden State’ skate/garage punk aesthetic for contemporary tastes.” The Los Angeles Times described their sound as “Bratty, amphetamine punk rock made to soundtrack the noise of crushing cans on ones forehead.” Noisey praised the band’s “ever-growing catalog of readymade garage-punk classics that draw omnivorously on a half century of bad-ass pop, from Phil Spector to Nirvana to the late, great Jay Reatard.” SPIN declared “These risk-taking, SoCal pop-punks unleash true sounds of liberty.” 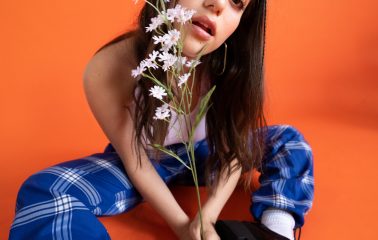