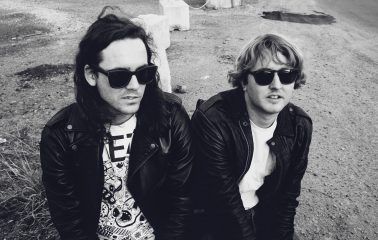 Australia’s arbiters of thrash-party goodness, DZ Deathrays, have just unleashed a new single and lyric video for “Total Meltdown” from their upcoming 3rd studio album Bloody Lovely, due out on February 2, 2018. Bloody Lovely is the duo’s hotly anticipated follow-up to ARIA Award-winning Black Rat and is available to pre-order now HERE. You can check out the video HERE.

To couple with the release of “Total Meltdown”, the band collaborated with director Guss Mallmann to create an innovative Instagram Story quiz in which viewers must try to guess the lyrics of the song. This was premiered through Spotify US/AU and DZ Deathrays account to a total just of just shy of 1.5 million Instagram followers. You can follow them by searching @dzdeathrays.

With two ARIA wins (“Australia’s Grammys”) under their belt for Best Hard Rock / Heavy Metal Album two years running for their 2013 debut Bloodstreams and 2014’s Black Rat, the Aussie outfit featuring Shane Parson (vocals/guitar) and Simon Ridley (drums/programming) have produced a song that is rambunctious, loud and undeniably fun. Seeing its first glimmer of light as a riff during pre-production for standalone single ‘Blood On My Leather’ in early 2016, the idea kept popping up according to Parsons, “It took about 6 attempts at a chorus until we came up with what it is now, which is why the lyrics in the chorus have nothing to do with those in the verse. It’s a little disjointed lyrically but it’s become a big anthem of the new record and a favourite of ours!”

Bloody Lovely is the DZ Deathrays expanded universe: the perfect amalgamation of all that has come before it, but kicking in the afterburners, and shooting into the stratosphere as we all hold on for dear life. Named for a perfectly Australian turn of phrase (favoured by the father of Parsons’ girlfriend: “it’s brutal and beautiful, and super Aussie”, says Shane) it’s a fully-formed progression from their first two albums Bloodstreams (2012) and Black Rat (2014).

With Parsons in Sydney and Ridley in Brisbane, Bloody Lovely came together in bits and pieces last year while the duo toured the US, UK, Europe and locally with festival sets and a tour with label mates Violent Soho. The album was recorded at the beginning of this year again with Burke Reid at The Grove Studios where the duo’s last album Black Rat was born. “Total Meltdown” follows on from “Shred For Summer”, the single that saw the Bundaberg-hailing duo smash back into collective consciousness in August this year, and “Bad Influence” – a little taste of the forthcoming album, Bloody Lovely, that kept fans frothing for more.

So far 2017 has seen DZ conquer the UK, Europe and China on headline tour dates as well as play on a couple of festivals on home soil. The duo have just been announced on the bill for Fluvial, SIM São Paulo and Festival En Órbita in South America. For more information, visit www.dzdeathrays.com. 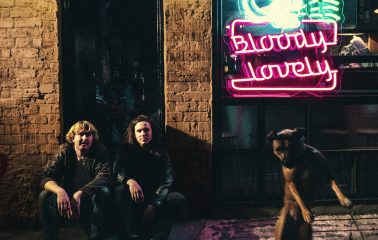 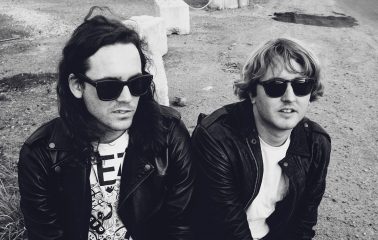