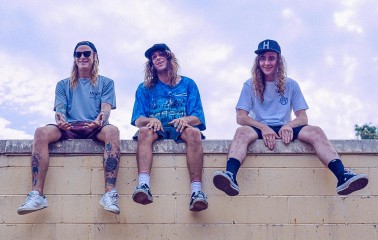 Australia’s favorite stoner pop trio Dune Rats have unveiled the music video for “Bullshit”, their hooky-as-hell brand new single – and first new material in two years – via Noisey. Click here to watch. A no-nonsense garage rock anthem that calls it how it is, the video for “Bullshit” was filmed at a backyard party in Byron and is an ode to everything Dune Rats hold high. “We figured it was a good way to spend a bunch of cash with our tightest friends from the bay”. “Bullshit” was produced by FIDLAR front man Zac Carper and drops this Friday May 13th in North America.

Getting its first play on Australia’s national radio triple j’s ‘Hottest 100 of 2016’, “Bullshit” was written while Dune Rats were on the road with FIDLAR across the US and Canada for two months last year. The 27-date tour took them from Denver to Toronto to LA and everywhere in-between. It was during this tour when the seeds of collaboration with Zac Carper began to develop, with Carper taking the boys from sessions inside an RV on the road to Joshua Tree and culminating in a Melbourne studio where new Dunies material was born.

“Bullshit” is a no-nonsense garage rock anthem and an ode to everything Dune Rats hold high: music, touring, parties, meeting rad people and, most of all, their mates – the lords that are by their side through thick and thin. To say “Bullshit” is going to be a new crowd favourite is an understatement, and just in time, too…Dunies are hitting wheels to the tar with Violent Soho and DZ Deathrays on the EPICLY sold-out 10-date Australian Waco tour, which kicks off today.

It’s been a non-stop ride since Dune Rats released their self-titled debut album in 2014, which Rolling Stone dubbed an “unassuming statement of intent. No bullshit punk done well.” Sold out Australian tours including co-headlining with punk legends Cosmic Psychos, festival slots on Splendour in the Grass and Laneway Festival, 40 shows in Europe and the UK with British rockers The Subways, shows in North America, South Africa and Asia, and documenting it all for Dunies TV… now that’s bullshit. 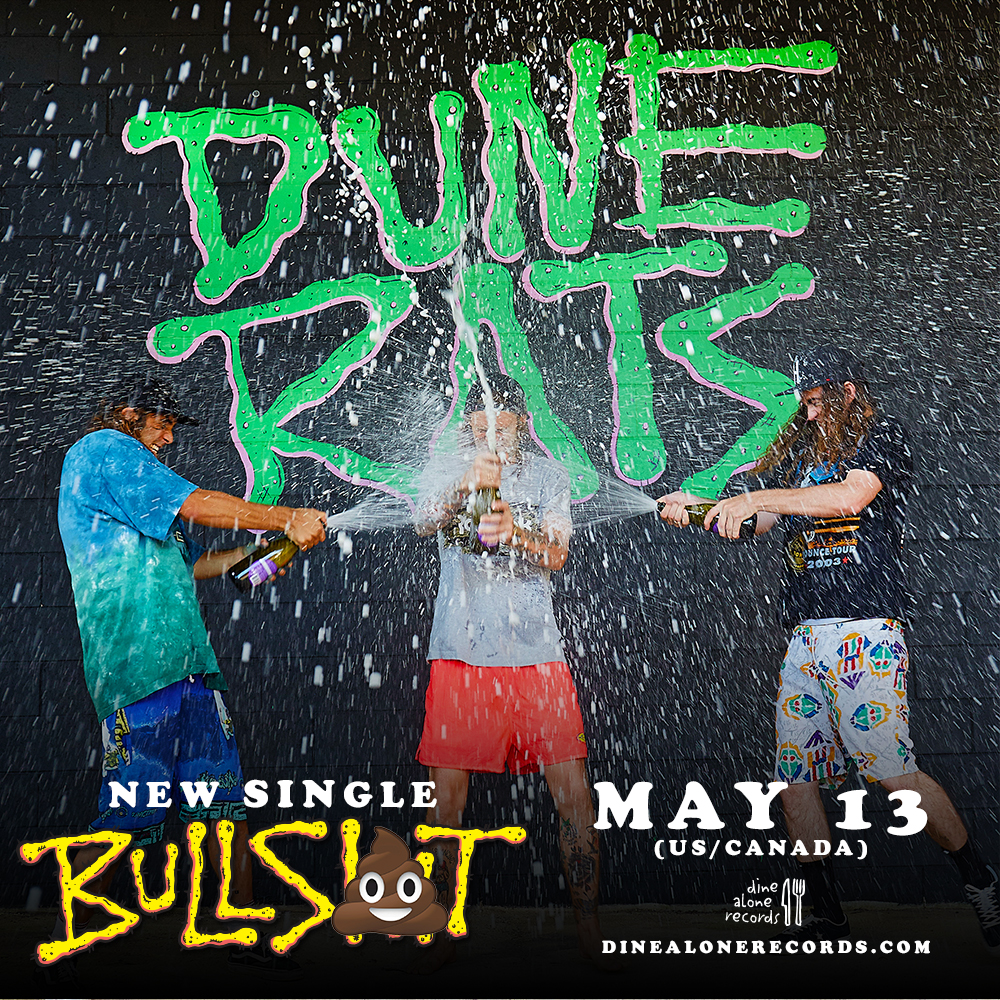