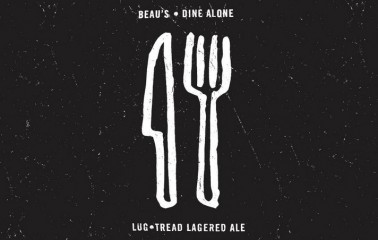 We are excited to officially announce our partnership with Beau’s All Natural Brewing Company to commemorate our 10th Anniversary.  Dine Alone and the Ontario-based brewery recently came together to create a commemorative Dine Alone label for Beau’s award-winning Lug-Tread lagered ale beer.

Customers who purchase a 4-pack of Beau’s Lug-Tread up until mid-July will find a music-sampler-download card called “Songs on Tap” included. Co-branded as Dine Alone + Beau’s, the download card features some of the label’s top artists from the last ten years.

Beau’s has also created 100 custom crates featuring the Dine Alone/10th Anniversary logo. The special crates will be used as prize packs that include 8 LPs from select Dine Alone artists, goodies from DA Foods, assorted DA10 merch and a variety of Beau’s merch.  View a photo of a custom prize pack below. 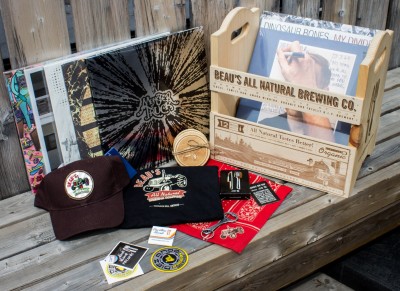 The Beau’s/Dine Alone partnership continues with Beau’s Brewery’s newest beer, Golden Vox, which was conceived and brewed by Beau’s in collaboration with Canadian hip hop artist k-os. Golden Vox took home the “Collaboration Nation” prize for best collaborative beer of the festival at the Session Craft Beer Festival in Toronto earlier this month and will be available at select LCBO outlets.  To watch the Beau’s + k-os video series, click here.