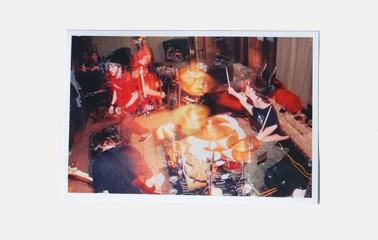 The limited edition, deluxe vinyl package includes both Helicon Blue EPs, originally released in the early 2000’s. Packaging features Eurostyle inner sleeves, and inserts containing never before seen photos and lyrics, handwritten by Dallas Green from the original recording sessions. Each copy will be hand-numbered and will include two 12” 180g virgin vinyl limited 200 copies on Clear & Tan Marble (only available as part of the 10 Year Exclusive Vinyl Bundle – Pt.1) and 550 copies on black vinyl. Both will become available for pre-order January 26, 2015 at 12PM EST.

The 10 Year Exclusive Vinyl Bundle – Pt.1 is an exclusive package (limited to 150 overall and released in batches) which will include the first three coloured variant DA10 releases – Helicon Blue’s Collection and two yet to be announced releases in February and March. The bundle will also include a secret previously unreleased 7″, an exclusive slipmat, patch, and other goodies! Customers will also be entered in a draw to win a test pressing from 1 of the 4 releases.

The only way to purchase this bundle, along with any other DA10 Year limited edition colour-vinyl releases, rare test pressings and original Dine Alone merchandise is via the brand new DA10 webstore. There will be tons of new and exciting items being added to the webstore throughout the year, so be sure to check back often. 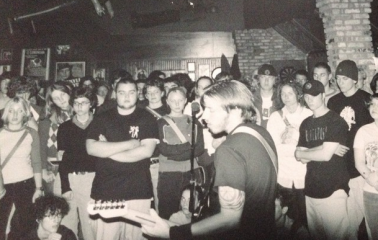