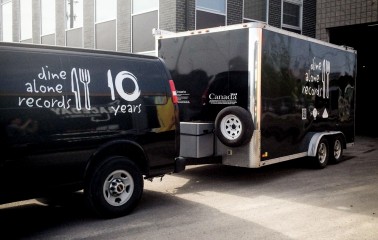 We are excited to debut the Wax on Wheels record shop on May 16 in Vancouver during the Red Bull Tour Bus show. Wax on Wheels was born out of the idea of wanting to bring a truly unique music experience to fans across the country for our 10th Anniversary. Rather than simply creating a stationary pop-up space for people to visit, we decided to take things a step further, and do it bigger.

Wax on Wheels was built from the shell of a simple 16 ft. trailer and transformed into a fully functioning record store with an awning-covered patio. Reclaimed wood, steel piping and sheet metal adorn the interior of the trailer, making it the perfect compliment to the Dine Alone Records aesthetic.

“We are stoked to take the Dine Alone brand right to the fan’s front porch. Wax on Wheels will give like-minded music folks the opportunity to experience what we are all about in a unique setting.” – Joel Carriere, President, Dine Alone Records

Wax on Wheels is more than just a trailer. Music lovers will have a chance to purchase titles from the Dine Alone back catalogue, as well as rare items from the archives, and limited releases from the 10 Year Store. It is the perfect place to hang out on the road. Fans can relax on the patio, listen to music from the label’s award- winning roster, and one can even pop in to use WiFi and charge their phone – DA has it covered.

The first stop for Wax on Wheels is the Red Bull Tour Bus stop in Vancouver on May 16th, 2015. Vancouver, BC, May 16 @ 4:00PM local time in the Gastown district (at the corner of Alexander and Water Street) Wax on Wheels will be following the Red Bull Tour across the country, but will also be making many of its own stops along the way. Be sure to check the official Wax on Wheels site, and follow the bus via Twitter (@dinealonemusic) and Instagram (@dinealonerecords) to not miss out on the opportunity to visit the store when it comes through a city near you.

Wax on Wheels was made possible with the support of the Ontario Media Development Corporation and Dine Alone Records would also like to acknowledge the financial support of the Government of Canada through the Department of Canadian Heritage (Canada Music Fund). 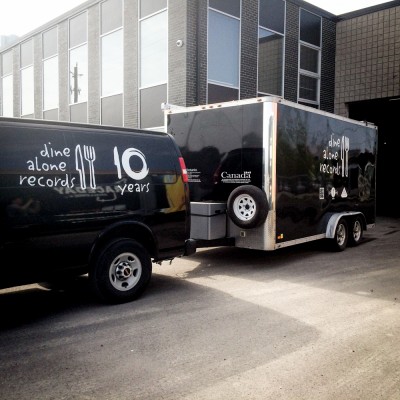 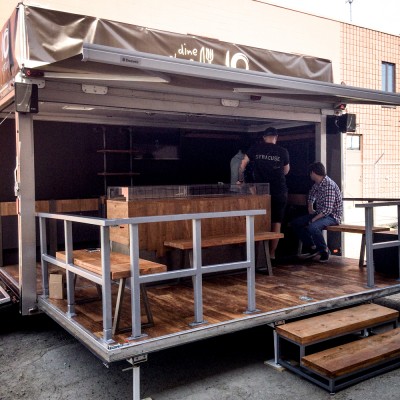 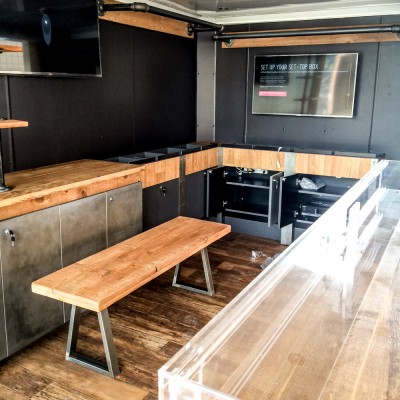 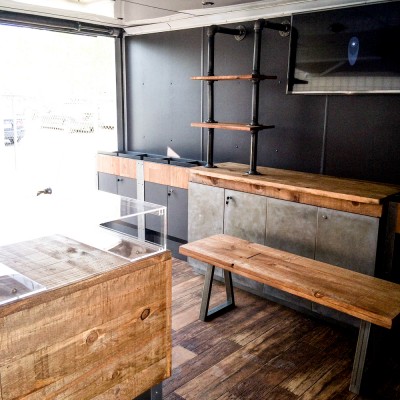