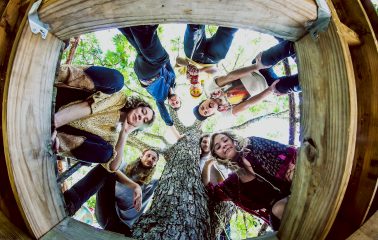 Austin’s own indie-pop rockers Wild Child are set to release their sophomore LP Fools on October 2nd via Dine Alone/Dualtone. The album is available to preorder on iTunes as of July 10, with title track “Fools” as an instant-grat. Listen to the track via SoundCloud below.

Critics and fans alike have fallen in love with Wild Child’s joyful blend of pop, gypsy and folk. Their all-inclusive, infectious camaraderie they exude on stage feels more like a house party rather than a concert, and this Fall the band is announcing their biggest headlining tour to date.

Since the release of their debut album Pillow Talk (Fall 2011) Wild Child has continued to build a loyal fan-base as their audiences have packed venues. Their anthemic single “Crazy Bird” from their 2013 album The Runaround made waves in the blogosphere landing the band a #1 spot on Hype Machine. They were also featured as an Artist of the Week via NPR’s World Cafe Next, and performed on The Craig Ferguson Show & CBS Saturday Morning. The band also received coverage in The New Yorker, Paste Magazine, Chicago Tribune, Boston Globe and many more.

Fools is a culmination of the band’s unique and ever evolving sound, with all but one of the songs being penned by Alexander Beggins (ukulele/vocals) and Kelsey Wilson (violin/vocals). The duo has mastered the ability to articulate deep and sometimes painful emotions while wrapping them up in addictive, happy melodies. “Take It”, one of the catchiest tracks on the album, tackles separation and trusting your partner, while the upbeat title track “Fools” is about consciously being taken advantage of in a relationship. Neither topic is light, however on stage these songs are presented so joyously that you’re dancing and smiling before you realize the subject matter.

Wild Child recorded Fools at Doll House Studios in Savannah, GA. The album was produced by Peter Mavrogeorgis and David Plakon with additional collaboration from guest producers Max Frost (“Break Bones”) and Chris “Frenchie” Smith (“Trillo Talk”). Aside from Alexander and Kelsey, the band is rounded out with include Evan Magers on keyboards, Sadie Wolfe on cello, Chris D’Annunzio on bass, Drew Brunetti on drums, and Matt Bradshaw on trumpet.

From playing tiny rooms to selling out major venues across the country, Wild Child has been slowly and steadily gaining momentum through their independent grass roots approach, creativity and connection to their fans. Fools, their strongest album yet is an ambitious collection that takes sad real life stories and transforms them into a love letter to the power of music and the art of living. What’s not to love about that? 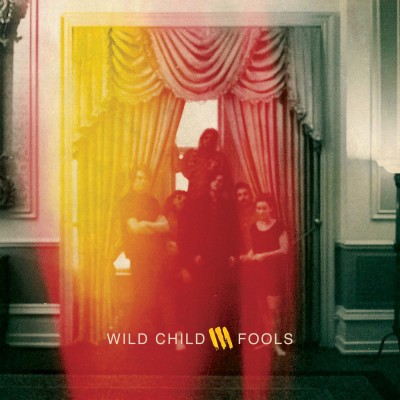 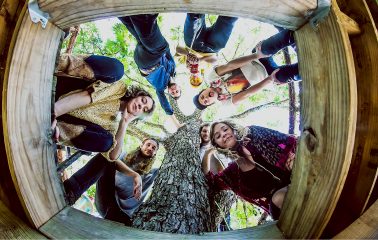