Crowned #1 in Paste Magazine’s “The Best Live Acts of 2014” and one of Alternative Press’ “Bands to Watch” for 2015, Nashville’s favourite rock and rollers Diarrhea Planet will digitally re-release their critically acclaimed sophomore album I’m Rich Beyond Your Wildest Dreams and their debut full-length Loose Jewels on October 30, 2015 via Dine Alone Records in Canada through partnership with Infinity Cat Records.

Comprised of drummer Ian Bush, bassist Mike Boyle and a four guitar arsenal that includes, Jordan Smith (lead vocalist), Brent Toler, Evan Bird and Emmett Miller, Diarrhea Planet take everything you knew you loved about rock, punk and pop, jack it up way past 11, and leave you catching your breath and massaging the kink in your neck from all that head banging.

Over the past few years, Diarrhea Planet has toured non-stop, packing basements, bars and clubs with enough power to cause a blackout at the Super Bowl. They’ve shared stages and tours with JEFF The Brotherhood, Fucked Up, Wavves and Titus Andronicus and have unleashed their power stance tableaus and on-stage theatrics at Sasquatch, SXSW, Bonnaroo, Governors Ball and Pickathon festivals.

Despite the constant extensive touring, Diarrhea Planet has still found time to release two 7”’s, one EP and two full-length records. In 2011, following the release of two sold out 7”s Aloha! and Yama-Uba, Diarrhea Planet unveiled their heavily anticipated debut full-length Loose Jewels. The record, which was originally released by Dine Alone global partner Infinity Cat and was championed by labelmates JEFF the Brotherhood, is a 100-meter sprint of pure joy, peppered with shred offs, fret-taps and a whole lot of whooping and hollering, fleshed out by undeniable pop sensibilities.

Following their debut, the band released their second full-length I’m Rich Beyond Your Wildest Dreams. Their sophomore effort garnered widespread critical acclaim from tastemakers like Spin, Paste Magazine, The NY Times, Exclaim! and Consequence of Sound, and catapulted the 4-guitared 6-piece into the spotlight. Since then, the band dropped their first EP Aliens in the Outfield, which was named the #1 EP of 2014 by Paste Magazine and are currently preparing to release their highly anticipated third full-length record.

Hailed as “an unstoppable train of life-affirming shredding” by NPR, Diarrhea Planet will continue their perpetual touring by embarking on a North American tour this fall. The tour which kicks off on October 8th in Lexington, KY, includes Canadian dates in Toronto, Ottawa and Montreal. See below for complete tour information. 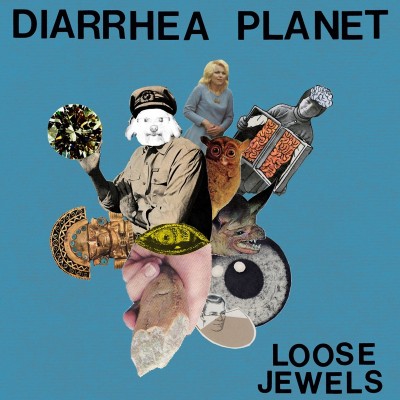 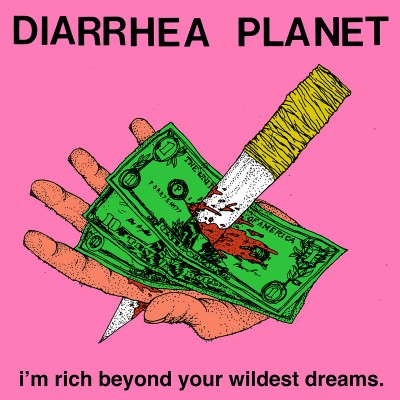