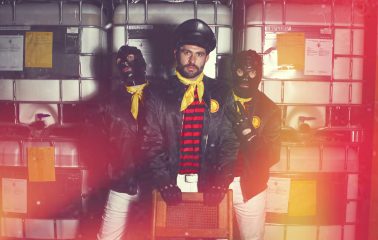 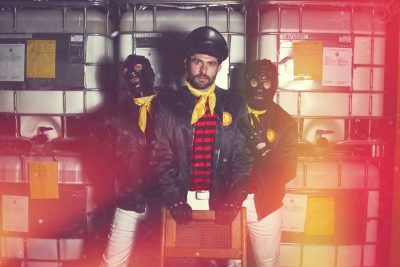 Today, Dboy, are sharing news of their new album, New Records In Human Power, along with a new single, “Red Ultra Glide”. The new record from the gimp-masked and satin-clad punks will be out on February 14th through Dine Alone Records, and the band will be touring throughout Canada in support of the release, supporting Cancer Bats along the way. Full dates are below.

Having already shared the stage with bands like FIDLAR, Cancer Bats, The Flatliners and Single Mothers, Dboy are preparing the release of their second full-length record. Clocking in at just over 17 minutes, New Records In Human Power  is a relentless, rollicking assault, a brief but bright manifesto from one of Canada’s most unique bands.

Spurred on by the international and collective arm of the ever-expanding Order of Dboy Scouts, and in reaction to the steady and systematic degradation of aestheticism and inauthenticity, Dboy continue to deny the boredom and light of the four minute song. Instead, the collective opts to present short plays for the pace age. As has become the norm, Dboy’s aesthetic existentialism is at the centre of all, bringing flavour to bleak climes and texture to broken canvases.  However, this is not to push towards any need for explanation. Instead, New Records in Human Power holds the non-sequitor high above all else, and leaves nothing on the table. In twelve songs, and under twenty minutes, Dboy accomplish what so few bands can: the end of creative comatose, and a new, necessary standard.

New Records In Human Power will be released via Dine Alone Records on February 14th. It is available for preorder here. 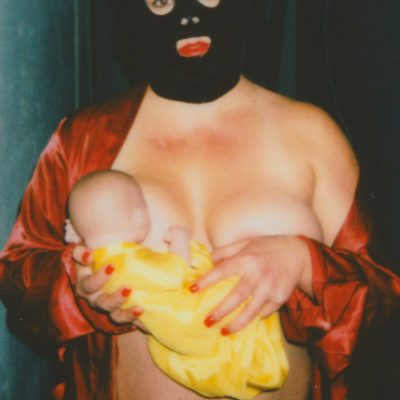