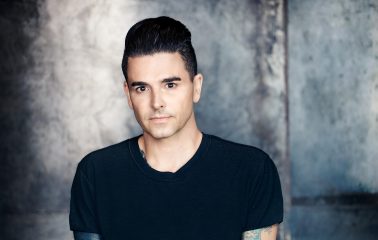 Dashboard Confessional’s Chris Carrabba expounds on the new material stating, “When I wrote ‘We Fight’ I thought it was just about the music scene that I came up in—a place where people who’d never quite fit in anywhere felt they actually belonged. When we began playing the song live on our summer tour, I realized that ‘We Fight’ held a much broader meaning. It’s a song for people who, in spite of their differences, can find common ground in their convictions and foster those into something bigger than themselves. That, to me is something worth fighting for.” Carrabba adds, “Every album is personal, but as this album was coming together I realized, especially as the world’s political climate was rapidly changing, that ‘personal’ did not necessarily mean ‘mine.’ Suddenly, ‘Me’ became ‘We’ and that realization was empowering, comforting and terrifying all at once.”

Produced by Chris Carrabba and Jonathan Clark with co-producer Colin Brittain, Crooked Shadows is the result of a near decade-long period of immense self-examination for Carrabba. Crooked Shadows explores Carraba’s reclamation of the simple yet extraordinary moments in life that long stood as the unsung heroes of his songwriting, as he reflects on experiences of his own and those closest to him. The result is a deeply cathartic body of work that traverses the complications and vulnerabilities of relationships while scrutinizing the possibility of self-improvement.

Alongside the album details, the band is also thrilled to announce a Canadian tour in early 2018. The 13-date tour, kicks off on February 21 in Vancouver and wraps up with a show in Oshawa on March 13. Tickets for the tour will go on sale on FRIDAY NOVEMBER 24 at 10 AM LOCAL TIME with a SPOTIFY PRESALE commencing WEDNESDAY, NOVEMBER 22 @ 12:00 PM EST and ending THURSDAY, NOVEMBER 23 @ 10:00 PM Local Time. 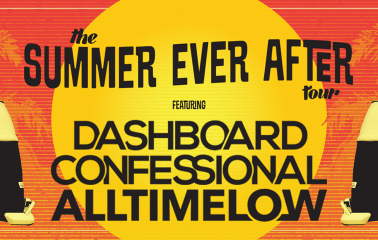 Dashboard Confessional Announces Summer Ever After Tour with All Time Low, Gnash