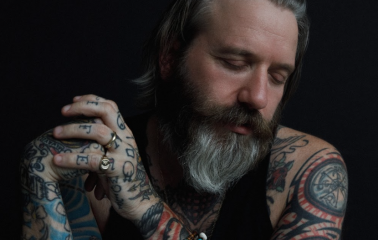 Dallas Green of City and Colour / Alexisonfire / You+Me guests on 100 Words Or Less Podcast with his old friend Ray Harkins.

Dallas discusses life before Alexisonfire and the earliest days of the band, playing with and being influenced by Ray’s band, Taken, Dallas’ transition to City and Colour, and how he stays grounded.

“This is a doozy. On the show this week is solo artist Dallas Green. He previously played in post-hardcore band Alexisonfire which is where I became really close with him. I’ve wanted Dallas on the show for quite some time but honestly, didn’t really want to waste his time until this show grew organically. We discussed the idea of celebrity, anxiety and reflecting on his creative life. Highly personal and for me, deeply emotional. Thanks for listening.”

Liked what you heard? Support our friend Ray, who creates incredibly insightful with some of our favourite artists, label reps, bloggers, music journalists and other members of the music industry.