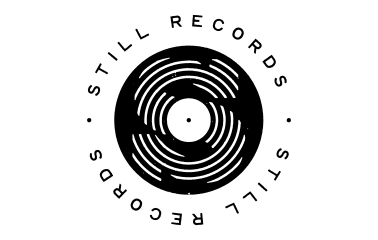 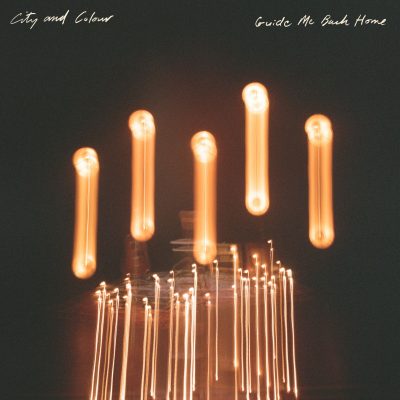 “…moving, melodramatic songs delivered with candor and confidence by Mr. Green in a sweet, soaring voice. An excellent guitarist, he’s equally adept in a sparse solo folk setting and out in front of powerhouse players…” — The Wall Street Journal

“…tells a story with a sincerity and fluency that is truly masterful.” — BBC

“For two hours, Green set forth to lock into your soul with an ethereal voice and delectable strumming, and words and thoughts that stopped you cold.” — Trail Times

(September 20, 2018 – Toronto, ON) City and Colour, acclaimed singer, songwriter and performer Dallas Green, has launched a new label called Still Records, an imprint of Dine Alone Records. The first, official release is a very special live City and Colour album, Guide Me Back Home, to be released digitally on October 5 with physical product available November 23. The album was recorded during 2017’s sold-out “An Evening with City and Colour – Solo” Canadian tour where Green performed serene, stripped-down iterations of songs spanning his award-winning catalogue in an intimate theatre environment. The tour covered 25 cities from coast-to-coast. Green worked with Plus1 to collect $1 from each ticket sold during the 2017 tour to benefit MusiCounts. In the same spirit, $1 from the sale of each Guide Me Back Home album worldwide will be donated to MusiCounts. Collection 1 featuring 3 songs from the release is available on DSPs today HERE. Fans can pre-order the LP and CD versions of the album as of Friday, September 21 at 10am ET HERE.

Guide Me Back Home is a beautifully recorded and meticulously curated 21-song album, produced by long-time friend Karl Bareham. Green says, “It’s more than just a live record to me. It is my love letter to Canada.”  Along with a digital release, a special 3xLP vinyl set will be available, housed in a triple gatefold jacket and featuring the photography of Vanessa Heins and a handwritten note from Dallas about this special tour. Fans will have the option to purchase the record in limited edition colour variants. The official artist store will feature a limited edition colour variant in Bone and Orange Swirl, limited to 1800 units, exclusive to the City and Colour webstore. Two additional limited colour vinyl options will be available from Dine Alone Records and select retailers worldwide. A standard edition black will be widely available as well. Fans who pre-order the vinyl HERE will also receive a digital download as of October 5.

In 2016, as the support cycle for 2015’s #1 album If I Should Go Before You was winding down, a mentally and physically exhausted Green was watching the “madness” surrounding the U.S. presidential election unfold from his home in Nashville. That’s when the highways of his homeland started calling out to him. “I felt like I needed to go see more of the country I’m from – to explore it more deeply and play for people who’ve travelled to see me over the years a little closer to where they might be from, and maybe find some new people that might be willing to listen, too.”

About starting Still Records, says Green, “I see Still Records as a way to draw attention to projects that are important to me. Dine Alone was started to put out my first album, and it’s been very successful and grown into something really special since then. Still Records is an extension on those ideals and a place where I’m able to curate a collection of things that I think deserve to be heard and enjoyed.”

City and Colour, the moniker of singer-songwriter Dallas Green, is undeniably one of the biggest groundswell stories to emerge from Canada. With 3 JUNO Awards under his belt — including two SONGWRITER OF THE YEAR awards (2009, 2012), 3 Double Platinum and 1 Platinum-selling studio album in Canada, Green’s latest and 5th studio album If I Should Go Before You debuted #1 on the Top 200 Soundscan, City and Colour’s third consecutive chart-topper in Canada. The LP also made serious waves internationally debuting at #16 on the U.S. Billboard 200 Chart and #5 in Australia where Green’s LP Little Hell went GOLD. In 2014, Green collaborated with international superstar Alecia Moore (aka P!nk) on a new project titled You+Me. The duo’s acclaimed Platinum-certified debut, rose ave., debuted at #4 on the U.S. Top 200 Chart, #1 in Canada, #2 in Australia culminating in memorable performances on The Ellen Show and Jimmy Kimmel Live. In addition to widespread commercial success, If I Should Go Before You received critical acclaim from notable international media. As part of Alexisonfire, Green released four Platinum-certified studio albums, Alexisonfire (2002), Watch Out (2004), Crisis (2006), and Old Crows / Young Cardinals (2009). Crisis debuted at #1 on the Top 200 Soundscan chart (Canada), and Old Crows / Young Cardinals debuted at #2, and charted at #9 on the US Billboard Independent Album chart. City and Colour has performed to sold-out crowds across the U.S. and headlined his first arena tour across Canada, including 2 dates at Molson Canadian Amphitheatre (now Budweiser Stage) in Toronto.

Guide Me Back Home Tracklisting 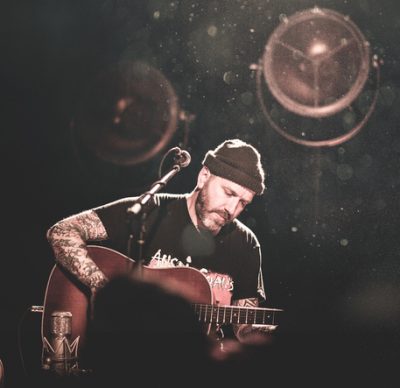 MusiCounts, Canada’s music education charity associated with CARAS and the JUNO Awards, is keeping music alive across Canada by putting musical instruments into the hands of children that need them most. MusiCounts’ mission is to ensure that children and youth in Canada have access to music programs through their schools and communities. MusiCounts celebrates musical excellence and achieves its mission through its Band Aid Program, the MusiCounts TD Community Music Program, the MusiCounts Teacher of the Year Award, MusiCounts Inspired Minds Ambassador Award, Scholarships and other music education initiatives. MusiCounts is funded by many of Canada’s most dedicated individuals, events, and corporate citizens. Since 1997 MusiCounts has awarded nearly $11,000,000 in support of music education in Canada. These funds have benefitted over 1,000 schools and communities, supported over 350 post-secondary music program graduates, and honoured 13 extraordinary music teachers and two MusiCounts ambassadors.  www.musicounts.ca