Due to overwhelming demand, City and Colour has just announced a 2nd show at the Molson Canadian Amphitheatre on June 17, 2016.  The performance slotted for June 18 is now sold out.  Acclaimed singer, songwriter and performer Dallas Green has the distinction of being one of a handful of Canadian artists to perform two consecutive nights at the venue alongside Drake, The Tragically Hip, and Sarah McLachlan.  The shows are part of an upcoming Canadian tour in support of City and Colour’s critically acclaimed #1 album If I Should Go Before You. Supporting the tour is Austin’s Shakey Graves. Support for the new Toronto date will be announced soon. This is the first major national tour since 2014, which saw City and Colour headline Green’s biggest venues to date including a sold-out show at the Air Canada Centre in Toronto. An artist pre-sale will be available at cityandcolour.com starting Tuesday, January 19 at 10AM EST. Fans will have the opportunity to add a limited number of Soundcheck Experiences to their ticket purchase. General on-sale commences Friday, January 22 at 10AM EST. 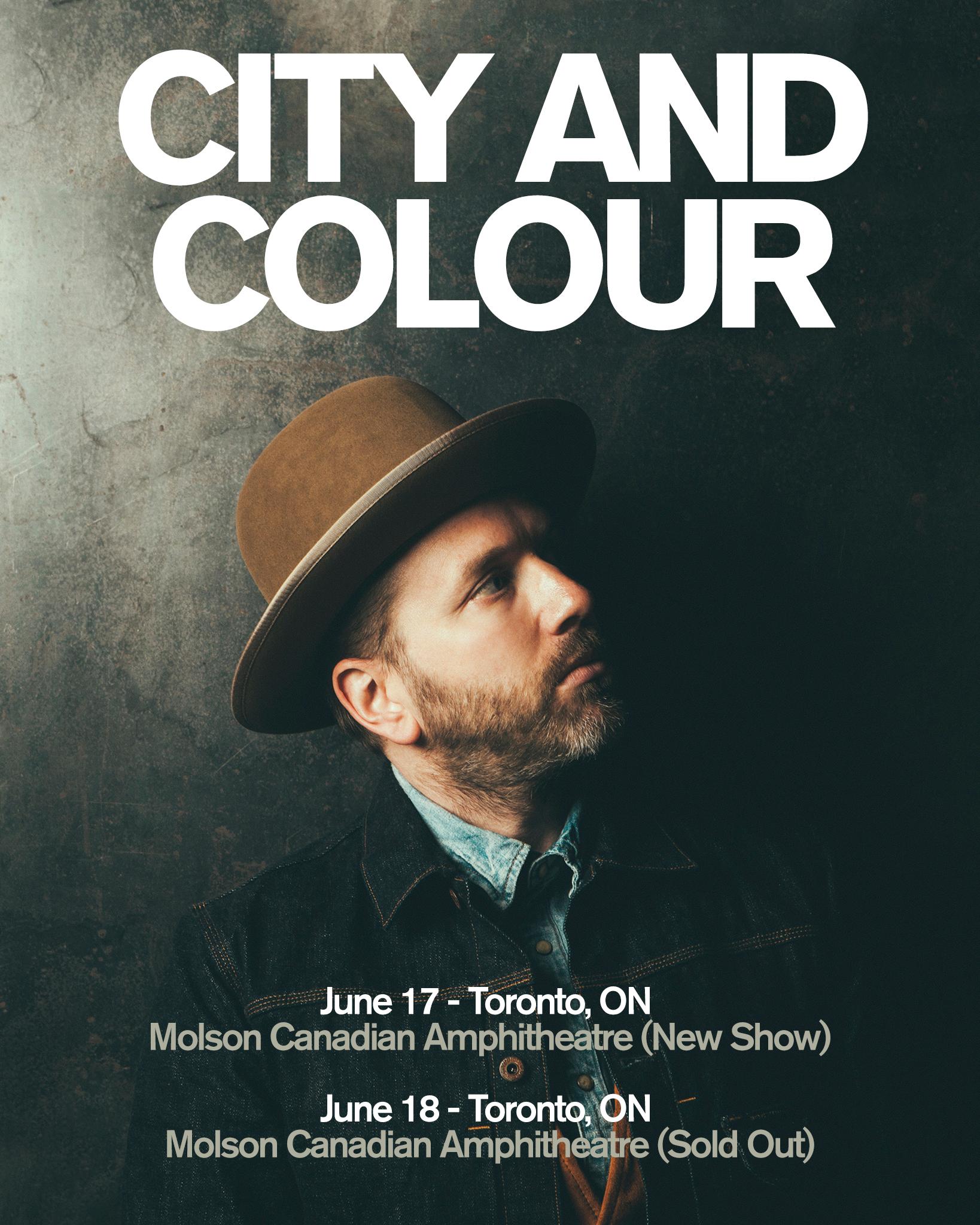 On January 11, City and Colour made his first Late Night studio performance debut on Jimmy Kimmel Live, performing hits “Lover Come Back” (now #10 at AAA in the U.S.) and “Wasted Love” (#1 on the BDS Active Rock chart in Canada).

The following evening, Green was invited to perform at Stella McCartney’s Fall 2016 fashion show at Amoeba in Los Angeles with Alecia Moore (aka P!nk) as You+Me, sharing the stage with the likes of Marilyn Manson, Johnny Depp, and legend Brian Wilson.

If I Should Go Before You recently debuted #1 in Canada, City and Colour’s third consecutive chart-topper in our territory. In the U.S. the LP debuted at #16 on the Billboard 200 Chart, #3 on the Vinyl Albums Chart and #4 on the Independent Albums Chart and #5 in Australia.  In addition to widespread commercial success, the album continues to receive notable critical acclaim. The A.V. Club calls the album “alluring” and “breathtaking,” while AllMusic praises, “…a culmination of the sturdy pop sound he’s built up over the years that weaves through territories of dreamy indie folk, pastoral Americana, and soulful alt-rock.” Additionally, Paste Magazine describes the single, “Lover Come Back,” as “…a gorgeous, R&B-tinged torch song split evenly between joyous, earnest affection and yearning, lovesick sadness,” and Baeble asserts, “…reminded me how beautiful his voice can be.” The album is available now via Dine Alone Records (iTunes, cityandcolour.com).

If I Should Go Before You is Green’s fifth release as City and Colour and follows 2013’s The Hurry and The Harm. Most recently, in 2014, Green collaborated with international superstar Alecia Moore (aka P!nk) on a new project, entitled You+Me. The duo’s acclaimed debut, rose ave., debuted at #4 on the U.S. Top 200 Chart, #1 in Canada, #2 in Australia and #6 in Germany. Of the music, The Huffington Post praised, “While such prominent voices rarely mix too seamlessly, Green and Moore were destined to harmonize together,” while Entertainment Weekly declared, “The harmonies on the album are absolutely beautiful.”