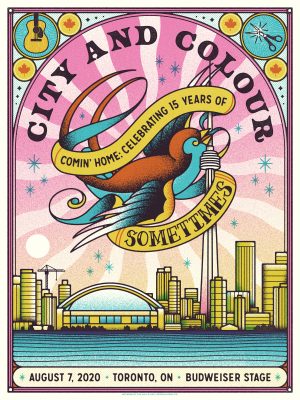 (March 9, 2020 – 10:00am ET – Toronto, ON)  City and Colour, acclaimed singer, songwriter and performer Dallas Green, will celebrate the 15th Anniversary of his debut Double Platinum-selling LP Sometimes with a special one-time only performance of the album in its entirety in Toronto at Budweiser Stage on Friday, August 7. The show will notably be Green’s 10th performance at the iconic venue, the most for any Canadian artist with the exception of Blue Rodeo and OVO Festival, and the only independent artist to do so. Green also has the distinction of being one of a handful of Canadian artists to sell out two consecutive nights at the venue alongside Drake, The Tragically Hip, and Sarah McLachlan. This marks the first acoustic headlining performance in the history of the venue.

Fans are encouraged to stay tuned to City and Colour’s website and social media outlets for announcements of exclusive Sometimes 15th Anniversary related merchandise and initiatives.

City and Colour originated when Green — whose Platinum-selling band Alexisonfire had just won a 2005 JUNO Award for New Group of the Year — released a limited-edition EP of songs performed on solo acoustic guitar. Widely circulated on the internet, the release caused such an overwhelming underground buzz that fans, as far away as Europe and Australia, were emailing the Alexisonfire site asking how to obtain copies.

In 2005, Green officially introduced his debut full-length album Sometimes under the solo moniker City and Colour. A culmination of music that Green had been writing for over a decade, the album first achieved Platinum certification in 2006, surpassing any expectations he had. Critically acclaimed solo performances, a special appearance at Burton Cumming’s Songwriter’s Circle during the 2005 JUNOs (cited by Media as a highlight of the JUNOs) and a performance at the 2006 MuchMusic Video Awards, where Green won People’s Choice Favourite Canadian Artist solidified City and Colour’s place on the Canadian musical landscape.

Over the course of five studio albums, Green has compiled a canon ripe with songs born of adoration and devotion amassing a legion of fans worldwide and garnering him 3 JUNOs, including two Songwriter of the Year awards, plus 1 Triple Platinum, 2 Double Platinum, 1 Platinum, and 1 Gold certification at home in Canada.  Alongside these accomplishments, Green has been awarded Platinum-certification for all four of Alexisonfire’s full-length records. City and Colour’s last studio album A Pill For Loneliness debuted at #1 on the Billboard Canadian Albums Chart, his 4th consecutive chart-topper in Canada. His previous #1 LP If I Should Go Before You made serious waves internationally debuting at #16 on the U.S. Billboard 200 Chart and #5 in Australia where Green’s LP Little Hell was certified GOLD.  In 2014, Green collaborated with international superstar Alecia Moore (aka P!nk) on a new project titled You+Me. The duo’s acclaimed Platinum-certified first record, rose ave., debuted at #4 on the U.S. Top 200 Chart, #1 in Canada, #2 in Australia culminating in memorable performances on The Ellen Show and Jimmy Kimmel Live. 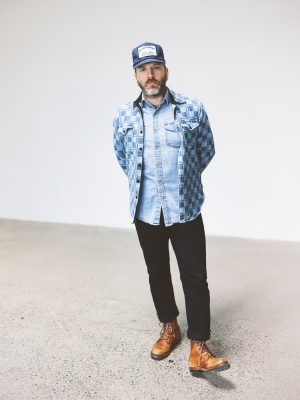 City and Colour Announces New Album A Pill for Loneliness