Violent Soho have about as much in common with cult leader David Koresh as an echidna does with a banana, but their hugely anticipated new album Waco — named for the small Texas city that was the site of the Koresh-led Branch […]

Violent Soho have about as much in common with cult leader David Koresh as an echidna does with a banana, but their hugely anticipated new album Waco — named for the small Texas city that was the site of the Koresh-led Branch Davidian siege with the FBI in 1993 — is similarly dismissive as federal agents were of the idea of ‘restrained response’.

The brand-stonking-new array of crashing grunge riffs and revelatory singalong anthems — the type that, after one listen, feel like you’ve been listening to for years — are just the sort we’ve come to expect from Violent Soho. Waco is an album that blows any and all expectation out of the water, making for a fitting companion-piece to their breakthrough 2013 album, Hungry Ghost, which introduced a screamed ‘HELL FUCK YEAH!’ into common, everyday Australian parlance.

Waco, explains singer, guitarist and songwriter Luke Boerdam, is like Hungry Ghost’s “older sister: Hungry Ghost dealt with the spiritual skeleton we’ve become from this spoon-fed reality. Waco is more about control and illusion: what the skeleton is being fed.”

Hungry Ghost (released in Sep 2013) was an out-of-the-blue success — peaking at #6 in the Australian ARIA charts and re-entering the charts in April 2015: 18-months after its release. The album’s appeal spread via word-of-mouth and was fed by near-constant tours and mammoth, memorable shows at Splendour In the Grass, Big Day Out and Triple J’s One Night Stand. To flip an axiom on its head, Violent Soho weren’t the rock band Australia deserved; they were the rock band Australia needed.

After a crazy 2014 — members got married, had kids and lost dear family members — as the band contemplated its follow up, they found themselves saddled with expectations they never thought about. “We had, like, three years to write and record Hungry Ghost,” Boerdam chuckles, “because no one gave a crap about us! And I thought I could do that all again in a couple of months. Well,” he frowns, “I was wrong.”

Eight frustrating months of writing later— “I planned to do it in three,” grimaces Boerdam — Luke’s routine of “getting up, making a coffee and then writing from 9am til 6pm, every day,” eventually came to fruition. “It’s tough,” he adds, “trying to ‘force’ yourself to be creative and treating it like a job. I was sitting at home, using my little set up to record demos and coming up with ideas, riffs and it took me a while to relax and just write what you want to write and what you want to hear.”

In August 2015 the band retuned to the Shed and Bryce Moorhead for two brackets of recording, banking on their tight relationship with Bryce and the familiar surrounds of the Shed. “It was just the right fit,” say Boerdam. “Bryce gets us, understands how we work and what we want to do.” And it worked. Waco is instantly recognisable as Violent Soho, full of big themes and big riffs, but also expressly intricate. From first listen it’s patently obvious that the band’s songcraft has taken a quantum leap.

Lyrically, says Boerdam, Waco examines the idea of “how we feel, see, learn and communicate are all actions performed through a lens of tailored, pre-defined set of rules, expectations and experience where escape is impossible.”

Inspiration would hit randomly: “I’d be walking to get a coffee with my wife and see an auction (‘Low’), thinking about the hollow notions that influence how we look at life while sitting at a bowls club (‘Like Soda’), or coming across paintings like Gustav Klimt’s ‘The Kiss’ (‘Blanket’),” he explains. “My way of writing — small ideas are scattered everywhere, then come together and eventually reveal themselves to mean something bigger — really made this feel like a companion piece to Hungry Ghost.”

And despite some frantic last-minute mixing hold ups — “It can be frustrating, just trying to perfect everything,” explains Luke — their attention to detail informs the strongest set of songs the band have ever put to tape.

So, with Waco’s blistering onslaught, Mansfield’s favourite sons continue to blow minds, get fists raised in the air and party ever harder: feeding the skeleton of modern life with all the balls-out rock’n’roll it can handle. 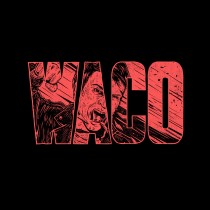 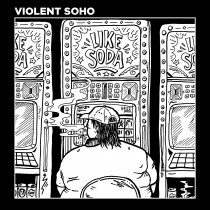 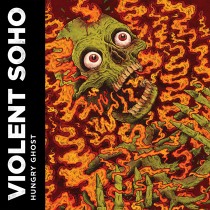