Having spent more than a decade baring his musical soul as leader of beloved alt-rock trailblazers Dashboard Confessional, Chris Carrabba knows quite a bit about creating music that speaks directly to listeners’ hearts. Now, with his rootsy new foursome Twin Forks, the […]

“‘Joyous’ is a word that we kept coming back to, and it was a touchstone in making this record,” Carrabba notes.

Twin Forks’ boundless energy and infectious optimism are embodied by such memorable new tunes as the sweetly romantic “Can’t Be Broken,” the rousing singalong hoedown “Back To You,” the giddily anthemic “Cross My Mind,” the brightly bittersweet “Plans” and the poignant, wistful album-closer “Who’s Looking Out.” Beyond their vivid lyrics and hook-filled melodies, the songs showcase Carrabba’s expressive lead vocals, his and Zeldin’s soaring boy/girl harmonies and the band’s organic instrumental rapport.

“When I first started playing music,” he recalls, “I started tuning my guitars to sound weird, to convince myself that I was doing something new, rather than reflecting my influences. But eventually it came to a point where, having explored a lot of different directions with Dashboard and feeling like I needed a new start, it made sense to me to embrace a more traditional approach to song structure and arrangements. I’m not interested anymore in tricking myself into hiding the things that I love.”

Twin Forks was born out of Carrabba’s creative restlessness. Despite Dashboard Confessional’s ongoing popularity, the artist’s need to explore new musical ground inspired him to take a break from the band following its well-received 2009 album Alter the Ending, which came on the heels of a decade of almost nonstop touring. Looking for new options for expression, he spent three years teaching himself traditional fingerpicking technique, and began writing songs in a more direct, stripped-down vein.

In 2011, Carrabba released the limited-edition all-covers album Covered in the Flood, featuring his interpretations of songs by the likes of Guy Clark, John Prine, Cory Branan, Big Star and the Replacements. That project provided an opportunity to collaborate with some longtime friends, including future Twin Forks cohorts Zeldin, Homola and Clark. The following year, Carrabba, Clark and Homola performed a stripped-down set combing cover tunes with Carrabba’s new acoustic compositions at the prestigious Hardly Strictly Bluegrass festival in San Francisco. That well-received gig proved to be a pivotal one, instilling Carrabba with an increased sense of confidence in his new direction and laying the groundwork for the Twin Forks lineup.

Despite that, when he began recording an album of his new songs, in a garage space that Carrabba had converted into a recording studio, the artist still wasn’t looking to form a new band. But his chemistry with cohorts Zeldin, Homola and Clark quickly took on a life of its own.

“Initially they were just helping me to get my ideas out, but in short order it became evident that there was a special connection,” Carrabba recalls.

The musicians’ rapport also influenced the music’s direction. “Initially I was leaning towards making more of a sedate, dreamy record with a lot of fingerpicking,” Carrabba explains. “But we all had so much fun together that the songs kept coming out joyous and positive, so we followed that. The camaraderie in the room, and the fun that we were having, started to shape the attitude of the songwriting. I’d finish writing a song and record a guitar/vocal performance, and then we’d all listen to it, and then we’d all play it together and record it while it was still new, and that’s what you hear on the record.

“We kind of threw caution to the wind, in a way that I never really have before,” he continues. “We focused on capturing the spirit of what we were doing, rather than pursuing perfection or isolating the instruments. That feeling is all over the tracks and that’s what we wanted this band to be—like, let’s allow ourselves to be excited.”

According to Carrabba, whatever resistance he had to making Twin Forks a permanent situation vanished as soon as the new band played its first official show. “We walked on stage saying ‘We’re not a band,’ and we walked off stage saying, ‘OK, I guess we’re a band.’ All of us have other projects, but for me, that’s when Twin Forks suddenly became my main thing, and was no longer secondary to any other musical endeavor.”

With Twin Forks, Carrabba reaps the musical benefits of his willingness to step outside of his established musical framework. Now he’s eager to see where this phase of his musical journey takes him.

“Twin Forks has been an adventure, and it still feels that way,” he says. “We’re all such true believers in this band, and we believe it deserves a chance to succeed or fail on its own merits. So we’ve been careful not to prop it up on the shoulders of the other bands we’ve been in. I love Dashboard and I love Further, and I don’t have any plans to not do those bands with those guys. But Twin Forks is where my heart is right now, and I feel grateful to be in another band that I care about this much.” 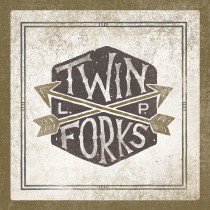 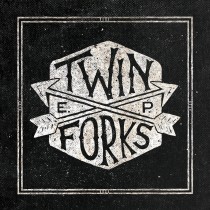 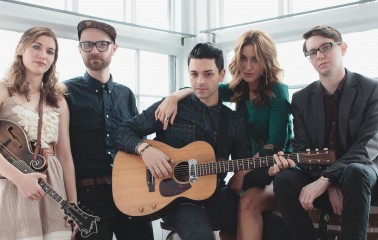 Digital split with Jukebox the Ghost