Formed in Brighton in 2011,The Wytches comprises Kristian Bell (vocals, guitar), Dan Rumsey (bass, vocals) and Gianni Honey (drums). Led by Bell’s luminous lyricism, feral delivery and overdriven, surf-like guitar bends, the trio create a sound that is at once raucous and […]

Formed in Brighton in 2011,The Wytches comprises Kristian Bell (vocals, guitar), Dan Rumsey (bass, vocals) and Gianni Honey (drums). Led by Bell’s luminous lyricism, feral delivery and overdriven, surf-like guitar bends, the trio create a sound that is at once raucous and unruly, and yet decorated with semi-automatic poetry and authentic emotional clout.

Having left Peterborough after feeling stifled by their hometown’s inward-looking hardcore scene, Bell and the semi-professional poker playing Honey relocated to Brighton in the autumn of 2011, applying to the city’s university before enlisting Bournemouth-raised, aspiring adventure novelist Rumsey on bass – the sole applicant of an advert placed on campus. From the outset promoting their own shows in the city, The Wytches have never lost the DIY spirit of their hardcore origins: arranging their own tours; printing flyers; pressing their first single, ‘Digsaw’; inviting friend of the band Samuel Gull to create their artwork; and producing their own videos – all in spite of squeezed funds. It is this relentlessness and resilience that has led to The Wytches headlining countless shows across the UK and Europe to date, acting as chief support to Blood Red Shoes, The Cribs, Drenge, METZ, Japandroids, amongst others. In 2013 the band released a number of singles and EPs on London’s Hate Hate Hate Records (‘Beehive Queen’, Thunder Lizard Revisited EP, ‘Robe for Juda’), before attracting the attention of Heavenly Recordings in the UK and Partisan Records in the USA, who will release their debut album, Annabel Dream Reader, in Summer 2014.

Recorded at Liam Watson’s 8-track analogue ToeRag Studios in Hackney, Annabel Dream Reader was tracked in two days under the supervision of producer Bill Ryder-Jones (ex-The Coral). Comprising thirteen songs, Annabel Dream Reader sees the three-piece accomplish a dark and heady sound that embraces the black arts and the more extreme limits of rock, but which is never prescriptively macabre. Far from it, the band displays a broadness of influences – all at once the songs reference surf, grunge, metalcore, spy movie scores.

Bell admits to being inspired more by singer-songwriters (Elliott Smith, Leonard Cohen, Roland S. Howard) than specific bands, and already he is an assured manipulator of his tools, combining Egyptianesque harmonic-minor scales with vivid, assonant wordplay, and utilising his voice as an instrument in its own right. Recording to rolling magnetic tape at ToeRag – with little room for error – lends an honesty and immediacy to the trio’s performances, while Ryder-Jones supplies the softer songs with flourishes of organ, and allows the self-confessed ‘obnoxiously heavy’ sections to detonate freely.

Not ones to rest on their laurels, The Wytches admit a strong desire to erase and ‘switch up’ their sound with each album – plans are already afoot for a more intricate, more instrumentally diverse second record. Returning from Austin’s SXSW Festival on a wave of praise from the likes of The New York Times, Wall Street Journal, NPR, FUSE, SPIN and Flavorwire, the band will continue touring extensively throughout 2014 – taking in the UK, Europe and the USA – while promoting Annabel Dream Reader and untethering a slew of singles beginning with a limited edition cassette, ‘Gravedweller’, their first for Partisan/Heavenly. 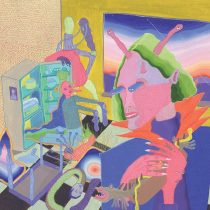 All Your Happy Life 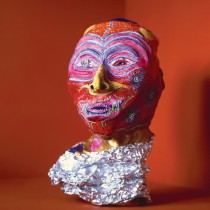 “Burn Out The Bruise”