“If my Southern heart’s still pumping blood/I’ll bury my money in the mighty Mississippi mud,” sings The Weeks’ Cyle Barnes on Dear Bo Jackson’s “Brother In The Night.” “If my Southern lungs won’t let me breathe/I’ll wait for the cicadas and I’ll […]

“If my Southern heart’s still pumping blood/I’ll bury my money in the mighty Mississippi mud,” sings The Weeks’ Cyle Barnes on Dear Bo Jackson’s “Brother In The Night.” “If my Southern lungs won’t let me breathe/I’ll wait for the cicadas and I’ll let ‘em push it out for me.”

With that powerful verse, The Weeks stake a claim as heirs to the timeless tradition of Southern rock. Dear Bo Jackson, the Nashville-based band’s Serpents and Snakes debut, sees them enriching their already well-seasoned sonic stew with the classic flavors of soul, R&B, funk, and heavy boogie to fashion a forward-facing sound all their own. Big brass, lush strings, and twangy pedal steel have been fused into their distinctive sludge pop, with Sam Williams’ greasy guitars and the highly charged engine room of bassist Damien Bone and drummer/Cyle’s brother Cain Barnes now officially joined by keyboardist Alex Admiral Collier. Throughout the album, songs like the aforementioned “Brother In The Night” and the exuberant title track see Cyle Barnes rending his throat raw as he testifies dramatic and truthful tales of modern Southern lives, always full of hope despite often punishing circumstances.

“The South is a different beast than the rest of the world,” he says. “We’ve all been aged and worn in a very fine way because of it. I think even if we didn’t want to write about the South, it’d still come out in our songs.”

Born and raised in Jackson, Mississippi, The Weeks came together in 2006 and instantly came to define the sound of Southern Rock in the 21st Century – their grunge-powered, high-octane anthems rich with a bottomless Delta soul far deeper than the boys’ teenage years would suggest. Like any great rock ‘n’ roll outfit worth its salt, The Weeks played as often as humanly possible, with countless club dates across the Southeast and tours alongside such like-minded acts as Local H, North Mississippi Allstars, and the one and only Meat Puppets. Their extraordinary energy and outsized performances – not to mention a series of well-received independently issued releases – earned them a fervent fan following and ultimately, a deal with the like-minded Serpents and Snakes Records.

By summer 2010, it had become clear that sleepy Jackson could no longer contain the mighty Weeks. The band left their old Mississippi home for the bright lights of Nashville, and, as Williams says, “it’s been non-stop ever since.” Serpents and Snakes reissued the band’s second full-length outing, Gutter Gaunt Gangster, earning them reams of national applause, including Amazon.com naming the collection among its top 10 “Outstanding 2012 Albums You Might Have Missed.”

Where that album – like all The Weeks’ previous recordings – was recorded fast and on the cheap, the band opted to take a more leisurely tack in making its follow-up. They spent six months at pre-production, resulting the most fully articulated demos of their career. When time came to record the album proper, their search for a producer led them to Paul Moak, a Grammy Award-nominated producer/engineer/mixer and perhaps most importantly, a fellow Jacksonian.

“Our first tour van was bought from his grandfather’s car dealership,” Williams says. “When we walked into the studio, there was this big metal sculpture of Mississippi with a heart over Jackson. The vibe was unbelievable right away. As soon as we started tracking, we knew.”

The Weeks set to work at Moak’s Music City studio, The Smoakstack, determined to push themselves further than ever before. Drawing inspiration from such iconic works of Americana as The Band’s Music From Big Pink, the band’s first goal was to incorporate new musical elements into their own inimitable take on Americana.

“We set down the law, day one, we’re not interested in making it sound like our live show,” Williams says. “We’ve done that. We wanted this record to be bigger, more grandiose. The core of it is still all livetracked, we’ve just never had horns and pedal steel and backup singers and all that jazz.”

Much of Dear Bo Jackson’s all-inclusive sound can be credited to The Weeks’ very own Garth Hudson, Alex Admiral Collier, whose compositional background and proficiency on an array of instruments enabled the band to build their inventive arrangements from within. Adding color to such standouts as “King Sized Death Bed” and “Gobi Blues” are legendary pedal steel guitarist Bucky Baxter – “the most unbelievable musician I’ve ever seen in person,” says Williams – as well as their buddy Carl Gatti on trombone and faux French Horn. What’s more, friends from throughout the new Nashville rock scene – including Jonny “Corndawg” Fritz – dropped into The Smoakstack to lend backing vocals and a collective stamp to the proceedings.

“We just told everybody, ‘Hey, we’re cookin’ wings today,” Williams says. “Just come by the studio, eat some wings, and we’ll figure out your part.”

As The Weeks’ world grew by leaps and bounds, Cyle Barnes brought every ounce of their exceptional experiences to the lyrical table. “I’m not supposed to die like this/I’m supposed to be somewhere else/At the end of blade, maybe engulfed in flames/something flashier than myself,” he laments on “This Ain’t My Stop,” “No one rolls to pick their souls/but I’m glad with the one I got/Get me off this train, land this plane/This sure as hell ain’t my stop, this ain’t my stop,” revealing a young artist grappling with morals, mortality and the ever-lonely life on the road. Elsewhere, songs like the album-closing combo of “Chicahominy” and “Woe Is I” see The Weeks exploring their Mississippi roots and their current place in the world, with all the profound joy and unfathomable sadness that entails.

“We all had to grow up a good bit in the past year or so,” Barnes says. “The songs express the good times that we had and the really hard times. We made it though, but we wanted the record to really express how we were feeling during that time.”

Justifiably proud of what they’ve accomplished in Dear Bo Jackson, The Weeks are now – probably even as you read this – out on the road, growing their familial fanbase with each sweat-soaked gig. True lifers in the classic Southern rock tradition, The Weeks hold fast to the very same ambition and artistic fervor that first kickstarted them into action in a Jackson garage. 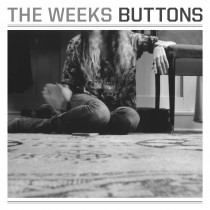 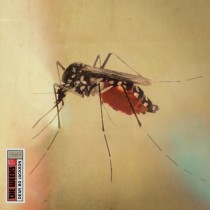 “Brother In The Night”