Modernity has proven to be a viral enterprise. The autonomy of the self and the spontaneity of life have largely been thwarted by the forces of state legibility and hyper-capitalism. All has been categorized, all has been regimented and all has been […]

Modernity has proven to be a viral enterprise. The autonomy of the self and the spontaneity of life have largely been thwarted by the forces of state legibility and hyper-capitalism. All has been categorized, all has been regimented and all has been placed in a cleverly crafted order. Progress as a historical process, while delivering material improvements to the lives of some, has irrefutably possessed a dark underside. The modern experience has been synonymous with chronology, automation and surveillance; contemporary developments (or modernist offshoots) that challenge freedom and liberty everywhere. The modern world is thus a claimed world where the rising overemphasis on reason, rationalism and order has been an attack upon the authenticity of the human experience.

Many have condemned modernity since its duality of character can engineer both improvement and ruination but few have utilized modernity’s offerings to expose the insanity of modernism itself. Mississauga, ON-based The End, through the extremity of their overcomplicated and over-calculated style of aggressive music, have inverted modernity’s traits (like precision, technicality, time and structure) to demonstrate the maniacal violence that exists within superfluous order. Musically excessive, busy and spastic, The End has fantastically succeeded at creating art that is so fast, so complex and so overly ordered that it obliterates the listener by the velocity in which the band’s ideas are successively delivered. The End has employed modernity’s tools to fabricate music that is so efficient, so proficient, so logical and so ordered that it is actually too modern for modernity itself. Appropriating modernity’s attributes to forge art that is so hyper-actively reasoned and accelerated, The End have demonstrated that agonizing brutality can be generated within the parameters of superfluous order. This is where The End’s heaviness lies, not so much in the bandís monstrous guitar tone, deafening volumes or vociferous vocals, but in the band’s manipulation of time, order and velocity which ultimately produces a chaos never before heard in music. The End has slyly used modernity’s traits to demonstrate that order and reason (being the tenets of modernity), when superfluous, produce the antithesis of modernity’s desired effect. The End is therefore a post-modern unit existing in conflict with modernity; they are a critique of modernity itself. Their importance lies not in how they entertain us, but in what they warn of- that order, when exceedingly augmented and employed, unleashes disorder. Such is a stern warning to the powers that be.

With an unparalleled work ethic and a history of strong musical releases, The End show no sign of deviating from their pursuit of musical intensity. Having already been heralded by music journalists everywhere (their debut album was considered one of the 10 essential mathcore albums by UK monthly Metal Hammer), The End have clearly solidified their place among heavy music’s vanguard. Having spent the last few years touring with the likes of A Life Once Lost, Cave In, Between The Buried and Me and Transmission Zero, The End have built up a loyal fan base that has catapulted them into the international spotlight. Such acclamation, in turn, has provided The End slots on prestigious music festivals like CMJ, Contamination Fest and the New Jersey Metal and Hardcore Festival. Visionary and prolific, it is without doubt that The End will go down as one of heavy music’s most though provoking bands. Ahead of their time, The End is quite simply beyond us by default of the sophistication of their intent. 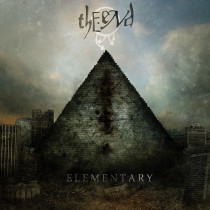