Somebody hires us for a fucking lot of money to go play the Electron 2000 festival in Athens, Greece. It’s something like a hundred grand, just an insane amount of money for a simple-life band like us with one kind of marginal […]

Somebody hires us for a fucking lot of money to go play the Electron 2000 festival in Athens, Greece. It’s something like a hundred grand, just an insane amount of money for a simple-life band like us with one kind of marginal hit song.

“Bohemian Like You” has just come out and flopped. It’s our lowest charting single up to this point.

When we head off to tour Europe the festival in Athens keeps getting moved. We start to wonder whether we’ll show up to an empty stadium. First we play a festival in the desert outside Salonica, next door to a tannery. There are only a couple thousand people at this one, and everything smells of rotted animal flesh and tannery oil.

The whole tour is gaps at this point—Every other day is a holiday—so we decide to have a great time. We ask the label to send us to a Greek island — one that isn’t touristy. It’s four hours by ferry, drinking the whole way, and there are a million stories on that island alone.

Then on our way to Athens we hear eleven pieces of our song as our cab driver is flipping around on the radio. Does someone in Greece actually listen to “Boho”?

The festival has been moved again, this time to the Air Force base. We pull in and it’s full of soldiers and guns. Chumbawamba and Orbital are on the bill, too. Chumbawamba hits the stage before us, and I go up to tune my drums while they play.

So your drums get set up behind the stage, behind the curtain, and you sit up there and make sure it’s all in the right position, and they wheel it out on a platform when it’s time to play. So I’m getting it all in position and getting it tuned, and I hear what sounds like firecrackers, like really loud fireworks or something, and they’ve just taken the stage. And then I see these stones coming, sliding under that black curtain, and they’re just sliding all over the place. They’re stones, they’re rocks, and I’m putting it together that it’s rocks hitting the stage but I don’t really understand why, so I just run.

The audience is throwing rocks at Chumbawamba while they play. They’re like, We’re outta here. And the soldiers are going, No you’re not. It isn’t just one group of kids, they all seem angry, and now somebody from the band has jumped into the crowd that has just been stoning them.

I meet up with Court and our Greek driver, a human pit bull named Yannis who’s been drinking with us for five days. Three soldiers holding machine guns are about to go into the crowd.

Yannis the driver is a fuckup and a mess and he starts to get into it with them. “Listen to them,” he screams, “Chumbawamba is a Fascist band!

These people are here to see The Dandy Warhols! They are the sound of Greece today!”

The label phone rings about ten minutes before we’re supposed to go on. They want to assure us that we’re safe. “The audience can’t wait to see you,” they say. “They just didn’t like those other guys.” Some of the audience members had actually protested and had left during their gig.

I wonder how politics got wrapped up in this, and whether someone’s telling pork pies. I look out at the gates and see that there are tens of thousands of people pouring in suddenly who haven’t been there all day. Where in the world have they been; is there another festival in the distance?

Yannis comes up beside me and looks at it too. He repeats, “They’re coming to see you.”

Courtney finally figures out how we landed that gig for such a stupid amount of money.

We’re touring a couple months earlier in the dead of summer when he gets a phone call from Greece. These are the early cell phone days, and it comes in on a Chinese model the tour manager keeps on the bus. The guy has a pretty thick accent so Courtney gets off the bus to do the interview. Through the accent he picks out details about Greece’s political problems. They blow up cars in the airport parking lot and fucking stupid shit like that. Now it’s August, it’s something like a hundred and five degrees, and Courtney is hungover. He’s filled with heat and raging.

“You should be fucking ashamed of yourselves,” Courtney says. “You’re the Greeks, what’s the matter with you? I’ve studied your philosophy,

The Republic, The Dialogues, Aristotle, Plato, Socrates.” He rants for a while. “You invented reason, rational thought, and coexistence. You were the best, and you fucked up. Where did that happen and how did you let that happen?”

After the interview Courtney never would have thought about it again. But apparently the old man on the other end of the line is the most legendary writer of rock in the history of Greece. He’s written about Zeppelin, The Doors, The Stones, everyone. Now everyone’s read his article with Courtney’s rant. Kids hear about this anti-politics, anti-religion, free-spirited band and say: “This is the sound of Greece today.”

We’re a huge phenomenon there for a while, but all those kids have to go into the army at age eighteen. Two and a half years later we try to book a show and we only sell about three hundred tickets. All the thousands and thousands of young people that had come to see us before have a different attitude coming out of the army.

They’re worried, about jobs, about families. Soon Greece switches to the Euro, losing their three- thousand-year-old currency. Then the Olympics go in and crush them too. When we go back through again, we see bulldozers on the sides of the roads with weeds growing three feet high around them.

When did Plato become so passé? Greece today is supposed to be like Summer Lovers: ride a Vespa, have a lot of fun sex, dance the night away, then swim naked in the Aegean Sea. 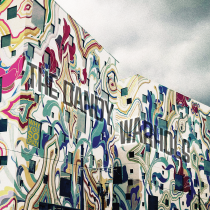 WHY YOU SO CRAZY 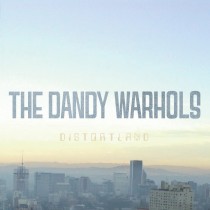 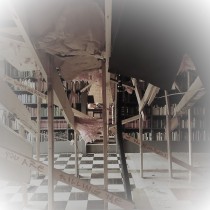 You Are Killing Me (Single)

“You Are Killing Me”

“Thick Girls Knock Me Out”

“Catcher in the Rye”