Spencer Burton’s story is that of the travelling troubadour; the roaming raconteur, passing from place to place, collecting and sharing stories with an aversion to permanence. With each stop on the journey, he leaves a piece of himself behind but acquires a […]

Spencer Burton’s story is that of the travelling troubadour; the roaming raconteur, passing from place to place, collecting and sharing stories with an aversion to permanence. With each stop on the journey, he leaves a piece of himself behind but acquires a new one to carry forward.

Many of the songs and stories from Burton’s latest LP, Don’t Let The World See Your Love, stem from people and places he encountered on the road. “I was just disappearing on my motorcycle,” he begins, “riding into the middle of nowhere by myself. Some of the album was written in St. John’s, Newfoundland; some was written in Peterborough, Ontario. One song came from Dawson City in the Yukon, and I think I even wrote one in Nashville.”

Co-produced by his longtime friend and collaborator Dan Romano, the songs of which he speaks are minimalistic in arrangement, keeping Burton’s delicate, sometimes austere vocals ever at the forefront. They borrow from the southern sounds of folk and country of yore, like a tired old soul’s night at the Opry with more contemporary melodic musings. It’s a fresh take on traditional stylings that’s endearing, enveloping, inviting, and tied together by an always lush, sometimes-fragile voice and the compelling stories it relays.

Burton’s growth as a musician to date is a journey in itself, beginning with roots in raucous punk rock as part of Attack in Black and followed by the more sombre, country-tinged sounds of Grey Kingdom. It was as Grey Kingdom that Burton released his first two solo offerings, the more recent of which was 2012’s Light, I’ll Call Your Name Out “Darkness.” While the album received its share of accolades, it carried a notably dark timbre and lyrical undertone that its creator never fully embraced. That informed a different thematic direction for Don’t Let The World See Your Love and the abandonment of the Grey Kingdom moniker.
“These are the songs I’d always wanted to write,” he shares about his latest collection. “Because of that, I didn’t need any mystery or ambiguity; I didn’t feel like I needed to hide behind a different name anymore.” It’s fitting, then, that the song “Grey Kingdom” is about the way things change.

Lyrically, the other offerings cover an array of topics, from love and friendship to feelings of isolation and disorientation with no sense of home or belonging. One was even born of a used car deal gone awry, though that’s not as evident in the finished product. “I found that, a lot of times, I’d start writing about one thing and ended up with a song about something else,” Burton reveals. “There’s still a lot about feelings and emotion, but they’re set in a more universal context.”

Musically, the songs themselves are equally as compelling. Lead-off track “Death of Gold” is saturated in multi-part harmonies and pairs gorgeous, glistening pedal steel with quick-picked licks. Conversely, “Diamond” offers an engaging lyrical narrative anchored by the simple sounds of calloused fingers on old guitar strings. The title track begins with a deep baritone vocal, reminiscent of Cohen or Cash, before its impactful chorus strikes a rich emotional chord. Though they’re stylistically diverse, the constant throughout them all is the purity and passion of the voice they carry.

When it comes to Burton’s live performances, it could simply be the singer, six strings, and a handful of songs, or a full band bringing an added element to the songs. In either case, audiences will connect instantly with his earnest but delicate delivery.

Connection and collection. Both are at the heart of Spencer Burton’s artistic output – connecting with people and places, collecting their stories, and then sharing them to start the cycle all over again. 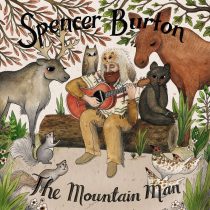 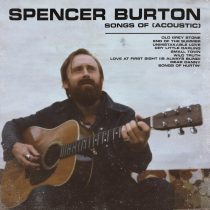 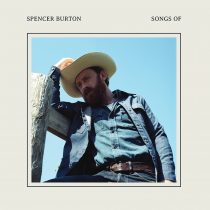 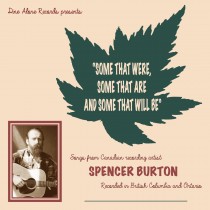 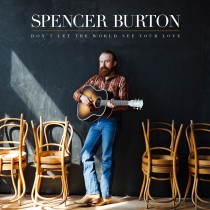 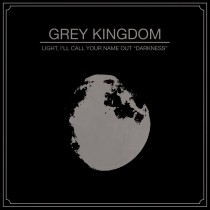 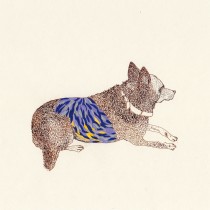 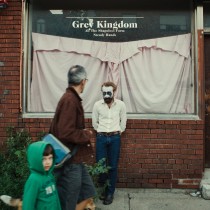 All The Shapeless Form / Steady Hands 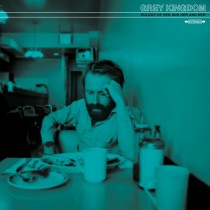 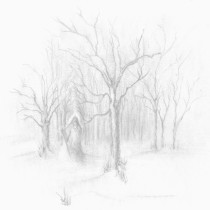 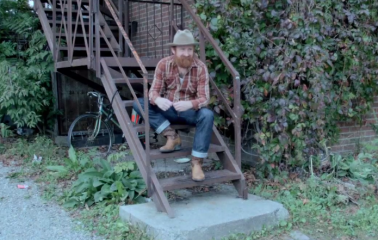