Life’s paths often prove circular. The road twists and turns until we arrive back at the beginning
all the wiser.
Before he became a Rock and Roll Hall of Fame inductee and drummer for two of history’s most
impactful GRAMMY® Award-winning rock bands Soundgarden and […]

Life’s paths often prove circular. The road twists and turns until we arrive back at the beginning
all the wiser.
Before he became a Rock and Roll Hall of Fame inductee and drummer for two of history’s most
impactful GRAMMY® Award-winning rock bands Soundgarden and Pearl Jam, Matt Cameron
cut a handful of solo songs on Seattle cassette compilations under the name Cavedweller. The
musician had recently relocated from his native San Diego to Seattle and introduced himself to
the seminal scene he would eventually serve as cornerstone of with that moniker. So, it feels
apropos that the singer, songwriter, multi-instrumentalist, and world-renowned drummer
would adopt Cavedweller as the title of his 2017 solo debut.
“I thought it would be cool to use that name again three decades later,” smiles Cameron. “I’ve
been writing my own songs since I was 17-years-old. I always enjoyed playing guitar and trying
to cultivate my voice as a songwriter. However, I’ve been lucky to play in bands with the best
singers and lyricists of my generation. My voice was never necessarily needed in them. With
this album, I wanted to really make my vocals and guitar playing come through. It’s almost like I
tried to start a solo career 30 years ago, and I’m just now getting back to it,” he laughs.
It’s not surprising that a seminal influence galvanized the process. For his very first concert,
Cameron got the opportunity to experience David Bowie in the icon’s prime. When he properly
commenced writing in 2016, Bowie’s ★ figured as a prominent inspiration.
“He was a pretty pivotal influence on me growing up,” he affirms. “I write music all of the time,
but that was the impetus for me to focus on making my own statement as a songwriter, singer,
and guitarist. With songwriting, there’s a weird feeling of accomplishment like you’re building
something no one else has built. Completing a song is my favorite thing to do as a musician. As
much as I love playing my drum set, this has a special place in my heart.”

Acting almost like a “film director” and penning and producing everything, he assembled an all-
star cast of friends to bring Cavedweller to life, including Bowie’s ★ drummer Mark Giuliana

and bassist Tim Lefebvre.
“It felt good to reach out to musicians who don’t necessarily play the sort of rock music that I
play and find that they were open to helping me out and trying something different,” he goes
on. “There was this mutual respect and an incredible energy. We recorded in some intimate
studios, and it brought me back.”
That energy courses through the first single “Time Can’t Wait.” Fueled by a rip-roaring riff and
unshakable groove, Cameron carries a head-nodding hook into a classically-inspired segue of
clean guitars and hypnotic vocals.
“It’s really gritty,” he explains. “I consider it a stomper. Mark killed that hard rock stomp.
Lyrically, it plays on this theme of time.”

The distorted angst of “All At Once” bleeds into poetic political commentary on the modern
age, while Cameron assumes the drum throne for the lush and lively “Through The Ceiling.” At
its center, “One Special Lady” pays homage to the love of his life punctuated by a solo from
longtime friend and collaborator Alain Johannes. The instrumental “Into the Fire” weaves
together synth bass and piano over a shuffling beat, and the closer “Unnecessary” hinges on a
monolithic guitar groove.
Though recorded before the tragic passing of Soundgarden frontman Chris Cornell, Cavedweller
represents an important milestone for its creator.
“None of this is about Chris, but I think about certain things now,” he admits. “Chris would
always encourage me to sing more live. He relied on me to add a lot of the harmonies. It’s
interesting. His lyrics were poetic and incredibly meaningful to him. Subconsciously, I was trying
to tap into finding some space poetically that meant something to me.”
In the 30 some odd years between the first Cavedweller recordings and now, Cameron not only
played drums, but contributed music to records that would affect countless fans worldwide.
Following stints in Bam Bam and Skin Yard, he officially joined Soundgarden in 1986. His
thunderous technique, patented polyrhythms, psychedelic leanings, and emotional expression
behind the kit drove EPs such as Screaming Life [1987] and Fopp [1988]. That combination of
power and passion remained a linchpin for the GRAMMY® Award-nominated Ultramega OK
[1988], Louder Than Love [1989], and Badmotorfinger [1991] for which he wrote the signature
“Jesus Christ Pose.” Ranked by Rolling Stone as one of the “500 Greatest Albums of All Time,”
1994’s Superunknown earned two GRAMMY® Awards for “Black hole Sun” and a nod for “Best
Rock Album.” Following releases with Well Water Conspiracy and Hater, old pals Pearl Jam
handpicked Cameron to perform on their Yield Tour in 1998. They welcomed him as a
permanent member, and he holds the distinction of being their “longest-serving drummer,”
performing and writing on Binaural [2000] highlighted by the Cameron-penned single
“Evacuation,” Riot Act [2002], Backspacer [2009], and Lightning Bolt [2013]. April 2017 saw
Cameron inducted into the Rock and Roll of Fame with Pearl Jam.
In the end, Cameron found his voice and more on Cavedweller.
“What I’ve been able to accomplish as a drummer has been phenomenal,” he leaves off. “As a
musician, I’ve wanted to do more. It’s more of a personal challenge. I’d love for fans to see I
have more to offer. Music has always meant the most to me when it’s extremely personal. I still
have that passion to connect with this inner desire to create—maybe more than ever.” 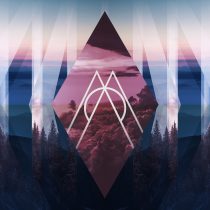 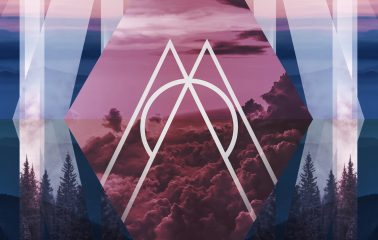